#AA Cars: demand for #usedcars continues to gain momentum ( are we seeing an increase personal mobility away from #publictransport?) will we see an increase in #accidents #claimsvolumes #vehiclerepairs?

By Tim Kelly2nd November 2020No Comments 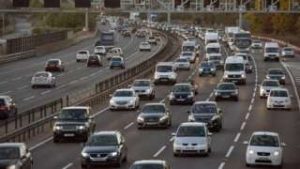 Demand for used cars is up 15% since last year, according to an analysis of drivers’ search behaviour on the AA Cars platform.

The analysis, which focused on data from 48 major UK towns and cities across September, revealed that interest in second-hand cars has gained momentum since forecourts re-opened in June.

Initially, searches in June spiked to 9.1% above pre-pandemic levels, but the analysis revealed a further 4% increase in demand by September. Certain areas, such as Glasgow, recorded a rise in demand of almost a third (32.2%).

James Fairclough, chief executive of AA Cars, welcomed the news after the industry “endured a big decline in sales during lockdown”.

Fairclough believes the market trends are attributable to factors such as the current global recession, alongside individuals looking to ensure social distancing. “The used car market continues to offer an enormous amount of choice to drivers at all price points, and changes in commuting habits may be leading more people to purchase a car so they can avoid public transport.”

This stance is supported by government data, which shows National Rail usage only reach 40% of normal journeys in September, whilst car usage hit 92% of normal levels.

Fairclough continued: “The large range of affordable cars on the second-hand market means that drivers who need a new or replacement vehicle, but also have concerns about job security or the state of the economy, can easily find one to suit their budget.”

However, Fairclough warned of potential issues for second-hand buyers: “It is more important than ever that drivers take care when buying a used car.

“We recommend buying only from a reputable dealer, and having a car independently inspected to ensure there are no major problems which could prove costly down the line. A warranty can provide extra peace of mind to those worried about having to pay for expensive repairs if something does go wrong with their car.”

The rise in demand for used cars coincides with a decrease in sales of new cars by 4.4% in September when compared to 2019.

Figures from the Finance and Leasing Association (FLA) records a 2% increase in the number of second-hand vehicles being bought or leased with car finance for the month of August, when compared with 2019.

Meanwhile, financing for new cars declined by 1% for the month of August, when compared with 2019. These trends all suggest individuals are opting for lower prices and better value from the car market.

This article is care of https://www.motorfinanceonline.com/news/demand-for-used-cars-continues-to-gain-momentum/