#ACSO says portal, which is part of the Civil Liability Bill, has been “shrouded in secrecy”. #civilliabilitybill #reforms 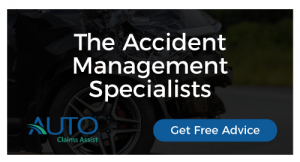 The Association of Consumer Support Organisations (ACSO) has urged MPs on the House of Commons Justice Select Committee to lobby the Ministry of Justice (MoJ) to give more details about the development of the small claims portal. The trade body, which was formed in March this year with the aim to “de-toxify the compensation culture”, explained that the portal is due to be launched in April 2020. The small claims portal is being funded by insurers and overseen by the MoJ, with ministers believing it will bring down costs and make it easier for people with minor injuries to make a claim without needing legal help.

It is part of the Civil Liability Bill and was initially meant to launch last month, but the MoJ postponed it to next year to enable testing and making sure it operates properly. Secrecy Matthew Maxwell Scott, executive director of ACSO said in a letter to the Justice Committee that the portal “has been shrouded in secrecy, meaning thousands of businesses serving millions of people each year cannot plan for the future”. He commented: “Our members tell us they need at least 12 months to get ready for the new system, but they still have no clue as to what it will look like and how it will work. “The government has done a Brexit with personal injury claims: set a launch date without a plan that explains how to get there.” Maxwell Scott also outlined problems that are already being faced by legal expenses (LEI) insurers, and called on the MoJ to involve LEI providers in the development process. “LEI policies being written now cover a 12-month period from now into next year when the insurers have no idea what the new regime looks like,” he continued. Adding: “We have therefore asked members of the Justice Select Committee to step in on behalf of claimants and claims firms who are in the dark about the most important changes to hit the industry for many years.” Progress In the letter, Maxwell Scott urged the Justice Committee to hold a short inquiry to give MPs, the claims sector and the public a chance to understand how the portal is progressing. “ACSO members want to help make the portal function properly,” he stated. “We believe working together will deliver better customer outcomes and a portal that is fit for purpose. We don’t understand the reason for secrecy, and we hope the Justice Committee will agree to investigate.”   Disappointing ACSO further noted that Ellie Reeves, Labour MP for Lewisham West and Penge, has backed its call. She said: “It is disappointing that the Ministry of Justice are reluctant to provide information about the forthcoming claims portal. “When the Civil Liability Bill was passing through Parliament, we were given repeat assurances from Ministers that using the portal to make a claim would be quick, easy and more efficient than the current system.” Reeves concluded: “It is unfortunate that we are yet to see any meaningful information on the portal roll-out and its long-term use. “I hope the Ministry will use this opportunity to engage with stakeholders and provide us all with a comprehensive update on the portal’s development.”

This article is care of www.insuranceage.co.uk this article can be found here.