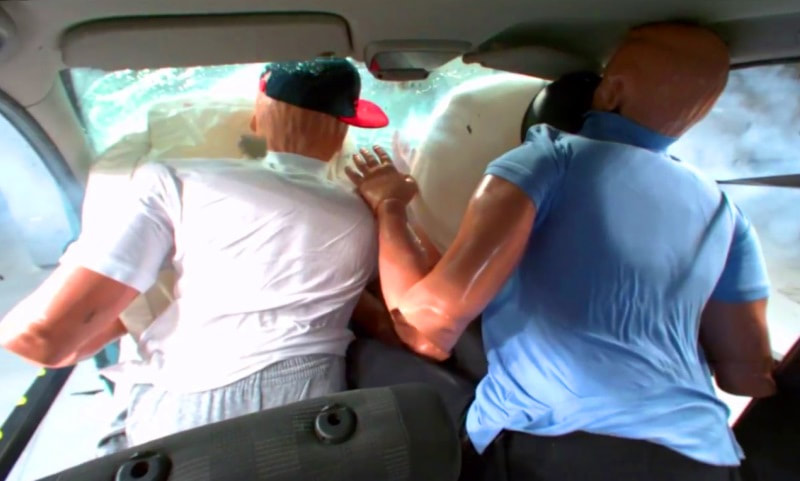 According to road safety charity Brake, one of the most common behaviours among young drivers is not wearing seatbelts.

​Co-op research reveals that two fifths (41%) of drivers aged 17-24 have been involved in a road traffic incident where they were the driver.

Speeding
Drink and drug driving
Not wearing a seatbelt
Use of mobile phones
Other passengers in the car
The Co-op study, which was conducted among 1,000 UK drivers aged 17-24, also shows that for almost a third (29%) their incident happened between one and six months of them passing their driving test, while a further sixth (15%) had an accident within their first year of driving.

Almost a tenth (7%) of those drivers involved in an incident described it as a serious collision, a sixth (15%) said it was a minor collision and a fifth (19%) described the incident as a ‘bump.’

When delving into the reasons for young driver incidents, two fifths (40%) said the other driver was at fault. A fifth (20%) said they misjudged the amount of room they had and over a tenth (13%) admitted to not paying attention to the road.

​“With 40% of young drivers being involved in road traffic incidents it’s vital that we continue to engage younger and future drivers on the importance of prioritising safety when choosing a vehicle,” said James Hillon of Co-op Insurance.

” We hope our crash test video will bring to life one of the most common young driver behaviours, and the dangers associated with this.”

“More needs to be done to make young and perhaps inexperienced drivers understand that risky and dangerous behaviour behind the wheel can have serious consequences.”

Article is care of http://www.automotiveblog.co.uk

And the original article can be found here Give them a follow for lots of great motoring items and news.