Around 40,000 written off vehicles have been imported from the UK to Ireland and being sold as Secondhand cars. #consumerwarning #insurerethics #salvage

By Tim Kelly5th May 2022No Comments 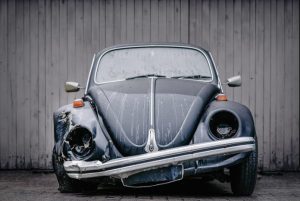 The study by MotorCheck, a car history checking service, focused on vehicles imported to Ireland from the UK and found that 39,336 of these imports were written off and sold as salvage vehicles. And according to the research, some of these heavily damaged and depreciated cars don’t appear in UK insurers’ records databases. However, examining these vehicles with MotorCheck reveals the nature of their past.

According to RTE’s Prime Time report, which was aired on Tuesday 19th April, tens of thousands of cars sold in Ireland since 2014 have been written off in the UK, and since the shortage of supply and BREXIT issues it has meant that the demand for, and the price of secondhand cars have never been higher.

An article in the Independent.ie, describes these write-offs as ‘zombie’ cars, as such because they are brought back to life but not correctly identified as insurance write-offs or ex-salvage. At today’s cost, the total market value of those affected is over €318 million. It also said that examples of zombie cars were found currently for sale privately and on dealers’ forecourts with ‘all clear’ histories.

“As of today, we know that almost 40,000 zombie cars have been imported into the Republic of Ireland – those brought back to life but not necessarily identified as insurance write-offs or ex-salvage.

This equates to €318m, leaving traders or their owners to foot the bill when the car’s true history is discovered. With used car prices rising in Ireland as much as 50pc, it’s more important than ever that car dealers and private buyers are made aware of a vehicle’s hidden history before they pay well over the fair market value for a potentially dangerous ex-write off.”

The Elephant in the room, why are #bodyrepairers scared of openly challenging #insurance and #workproviders shit contracts? and Rates?This months @bodyshopmag is out, Separation anxiety.