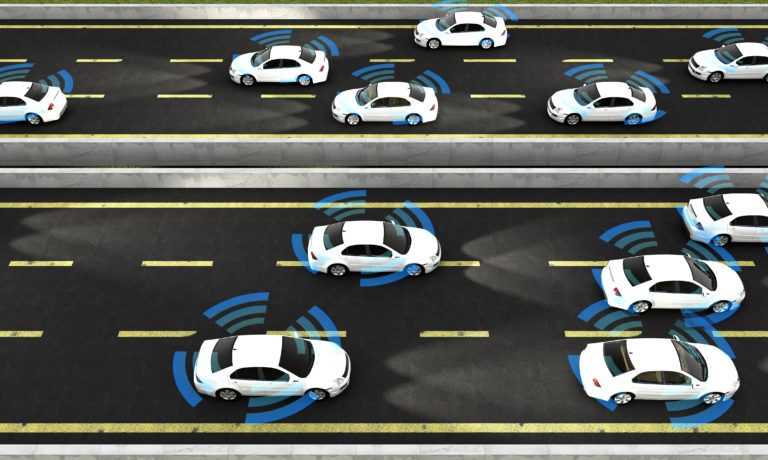 It’s fairly well accepted that we are on the path towards full autonomy of motor vehicles, with telematics and real-time data processing for insurance and risk management becoming more important. We know where the story ends, and where we are today, but what is much less clear is the part in the middle.

What exactly is the state of progress with LIDAR and other parts of the enabling technology? What is the role that insurance will play in managing out risk from ADAS (Advanced Driver Assistance Systems) and these intelligent vehicle features?

With consumer understanding of autonomous being largely dictated by eye-catching headlines and a couple of high-profile crashes, what should all industry players do to create the necessary consumer acceptance? How to sort the hype from the reality?

We should remember that today, fully automated driving has zero relevance to the consumer and the buyer of the motor vehicle, or insurance. It is coming from the irresistible force of the technology and investors: we only need to look at the amount of funding going to the new automotive eco-system players to realise that. A study by the Brookings Institute estimates investment in autonomous driving technology globally at US$80 billion over the past three years.

Despite consumer uncertainty, this is a direction of technology that is going to change almost everything.

Findings from the Deloitte Global Automotive Consumer Study show the percentage of consumers who think fully self-driving cars will be safe is on the up. The public is rising to the concept, but still 47% of US consumers feel they will be un-safe (down from 74% in the previous year’s survey). And the points of view vary around the world.

When is a car not a car?

Up to now the media headlines have been mostly about what the big names like Tesla, Uber and the established OEMs have been doing. But as soon as the car becomes autonomous, at the stage of Level 5 autonomy and according to Google’s Waymo vision, it will have no steering wheel and ceases to become a car as we think of it today.

At this point there is no real autonomous driving experience. Re-imagining TV adverts of the past, a couple driving off into the sunset, a motoring pundit driving along a twisty mountain road: these concepts will be resigned to the past. Perhaps the pleasure of driving will be replaced by the pleasure of being driven.

But we can see that with these changes in technology, there’s going to be some fundamental changes in the product definition and the platforms that support it.

As an example of change management, the automotive industry is a bit of a super-tanker when it comes to steering change. The culture is a little bit different from many other industries that are more used to co-creation and working with new players. The automotive OEMs are used to steering a long product cycle that takes 10-15 years to steer a new product group.

Compare this to the product cycle in technology and the smart phone industry where the product lifecycle is not just about physical attributes: it is heavily impacted by software in order to ensure security, reliability and continuity.

So, when deploying smartphones, enterprise mobility managers think about not only protecting the device itself, but also whether it will continue to be supported by the manufacturer with ongoing firmware and security updates.

Adapting to a software product lifecycle

In many respects the connected car is going to appear like a very large connected device with very similar software and data management issues. Although there were some variations around the world, the road to maturity for the smart phone – and with it the death of the photographic camera and certain well-known handset makers who couldn’t jump quick enough – all of this came in no more than a decade.

Let’s remember that the most successful smart phone company of all doesn’t manufacture any of its own hardware. Rather it relies on its excellence in the customer interface, slick packaging and its dominant digital eco-system, which it uses to drive loyalty and re-purchases.

So what really is the likely deployment scenario for autonomous driving? What is it going to take to get consumers on board?,

The safety, cost, brand trust from the automotive industry, and assurance coming from the insurance industry, are all going to play a part.

Interestingly the Deloitte research found a big discrepancy between age groups: whereas 70% of the youngest group (Generation Y and Generation Z) said they would be willing to trust autonomous driving if it came from a trusted brand, this figure was 62% for the age 30 and above group (Generation X) and just 56% for the 50 and above age group (Baby Boomer and Pre-Boomer consumers).

Consumers in Japan, Germany and the US were most likely to trust autonomous driving if it came from one of the traditional automotive OEMs.

Judging from experts commenting at the recent Smart Transportation and Mobility Summit, part of TechXLRate and London Tech Week, the likely date for the start of widespread Level 4 autonomy in luxury vehicles is going to be in 2020. But a lot will depend on where you live, and the parts of the world where the regulations are able to keep up.

In most countries, the investment required to reap the full benefits of electric vehicles (EVs) and driving autonomy – for example vehicles communicating with smart city infrastructure as well as other vehicles – is going to add up to a staggering amount of money. Some long-term thinking is required to provide the necessary charging stations and smart sensors, and it includes the most basic shifts in the economy, for example if governments and states can no longer rely on income from motoring taxes in the traditional way.

At the time of writing the UK , Singapore, Norway, Sweden, the Netherlands, Wuhan and Shenzhen in China, Lyon in France, Berlin, Paris, San Francisco, Pittsburgh and certain other US cities have the most open regulations to live testing of AVs on public roads. Testing will continue on a city by city basis in areas like last-mile transit, taxis, freight and logistics as well as municipal fleets, not just for private cars.

“By 2025 to 2030 we should start to see full autonomy in mainstream vehicles, although only in high-end vehicles,” commented David Wong, Senior Technology and Innovation Manager at UK automotive industry body SMMT, speaking at the Smart Transportation and Mobility Summit.

“From 2030 onwards, after effectively ten years of road trials, the technology will go into mass-market vehicles,” he added.

“For the automotive industry, what we are seeing now is a value network, rather than the traditional value chain of a tier one, tier two supplier and semi vendor. There’s no hierarchy and now is a good time to [be nimble] and have a low market share.”

Autonomy is the most difficult and the most exciting technology for automotive OEMs, but it also the most dangerous. Nor is it the only software battleground they face, thinking of management of the advanced powertrain, for predictive vehicle maintenance and the application of artificial intelligence and predictive analytics for learning about how the consumer wants to use the vehicle.

Think of advanced alerts and assistance going to the vehicle for FNOL (first notification of loss) and crash ass
istance in the insurance context, for crash reconstruction and automated claims handling. There are many uncertainties, but also amazing long-term opportunities.

“For us as insurers it is all about accelerating the drive to save lives,” commented Tim Marlow, Head of Autonomous & Connected Vehicle Research, Ageas.

“We know advanced vehicle technology and ADAS is going to reduce claims and we hope insurance premiums,” he said in a panel discussion for the Smart Transportation and Mobility Summit.

“We are working with government [in the UK] on the connected car eco-system….With autonomous cars we’re likely to see changes in insurance models, such as the packages sold by the automotive manufacturers, and the mobility systems. We’re heavily involved in these propositions.”

We can expect vehicles to gradually become more autonomous, more shared, more connected and more electrified, culminating in the full Car 2.0 likely to be with us by 2030. All the players involved are going to become part of a network, rather than just a ‘change’ in the industry.

For an insurance provider or an automotive OEM it is going to require a clear vision of where you are going, adopting more of a software or technology lifecycle and mind-set. For the OEMs the software and the hardware of the vehicle are not going to stay glued together in the way they are today.

Everyone involved should work together to prevent data sharing or data protection becoming a blocking point. Interconnection between systems is going to become more of a challenge than the data itself.

LexisNexis Risk Solutions, a unit of RELX Group, is a global data technology and advanced analytics leader, with customers in over 100 countries worldwide.

This article is care of http://blogs.lexisnexis.com