By Tim Kelly9th May 2019No Comments 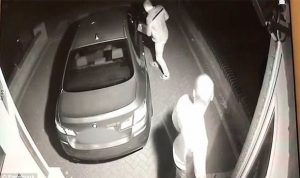 BMW has topped the list of brands most likely to be written off or subject to theft, accounting for 17% of all claims.

Data from Warranty Direct’s GAP insurance division has found a 55% increase in claims for write offs since 2014.

“The motoring industry must continue to adapt and encourage consumers to guard against potential loss with GAP insurance and visual deterrents such as steering wheel locks and alarms, which could help protect vehicles from theft.”

BMWs and Fords topped the list, with the highest percentages of overall claims for vehicles written off or stolen, which made up 17% of total overall GAP claims.

Closely followed by Mercedes-Benz and Vauxhall in second place (11%) and Audis in third place (4%).

However, the highest costing average claims were made by Mercedes-Benz drivers at £5,165 per person, closely followed by Audi drivers, whose claims averaged at £4,905.

Advances in immobiliser and keyless technologies resulted in a decline in vehicle crime throughout the 2000s. However, vehicle-related theft has risen 30% since 2014.

Warranty Direct’s data has shown the average individual pay out for theft-related claims since 2014 resulted in £3,360 per customer.

This article is care of www.am-online.com this article can be found here.

Why Choosing your own #repairer rather than where the #Insurancecompany wants is important! Great piece in @autocar on @castlecoachworks if you want to know how @motorclaimguru can help you #educateconsumers and #realrepairers @therealrepairer get in touch.