Standard tax rates will see minor increases on April 1, while owners of new cars could be forced to pay up to £65 more for the most emitting vehicles.

DRIVERS are set to face another car tax hike this year, with charges due to increase again in April.

​And while the spike will cost the majority of drivers just £5 per year, some motorists could see as much as £65 added to their annual bill.

Buried in the small print of the Budget, the increase will affect owners of both new and old vehicles.

Those with cars first registered between 1 March, 2001 and 1 March, 2017 will see a maximum £15 added to their standard annual rate, while new vehicles registered after April 1 this year could see their first year rate up to £65 higher than it would have been in 2018.

For drivers of older vehicles, those with emissions below 120g/km won’t see any increase, along with zero-emissions new cars 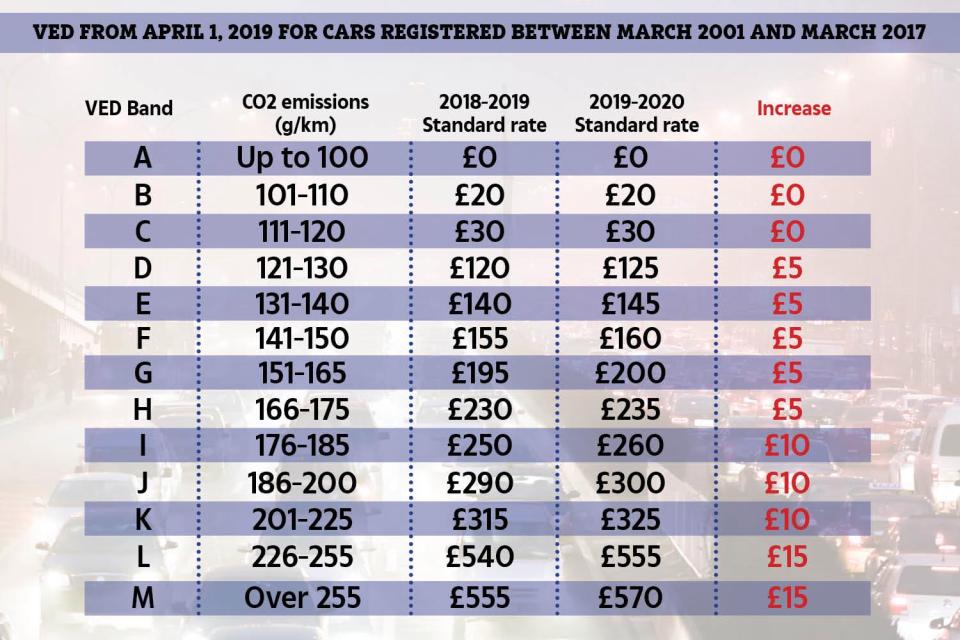 ​Cars first registered between March 1, 2001 and March 1, 2017 are still taxed based on the old system, which sets annual standard rates according to emissions levels.

These charges will be affected by the 2019 inflation adjustment, adding £5-£15 depending on the vehicle’s VED band.

You can find out which tax band your car or a car you are looking to buy falls into by visiting the Gov website.

Tax rates changed in April 2017, with the new scheme introducing a flat-rate charge for most cars after their first year of registration.

New vehicles registered after that date pay a first year rate based on their emission level, then incur a standard charge in following years of £140 for petrol and diesel cars, and £130 for hybrid motors.

Both these standard rates will also be upped by another £5 from April 1 this year.

Drivers of vehicles worth more than £40,000 are also required to pay a premium tax of £310 for the first five years at the standard rate – and that will increase to £320 from April, too. 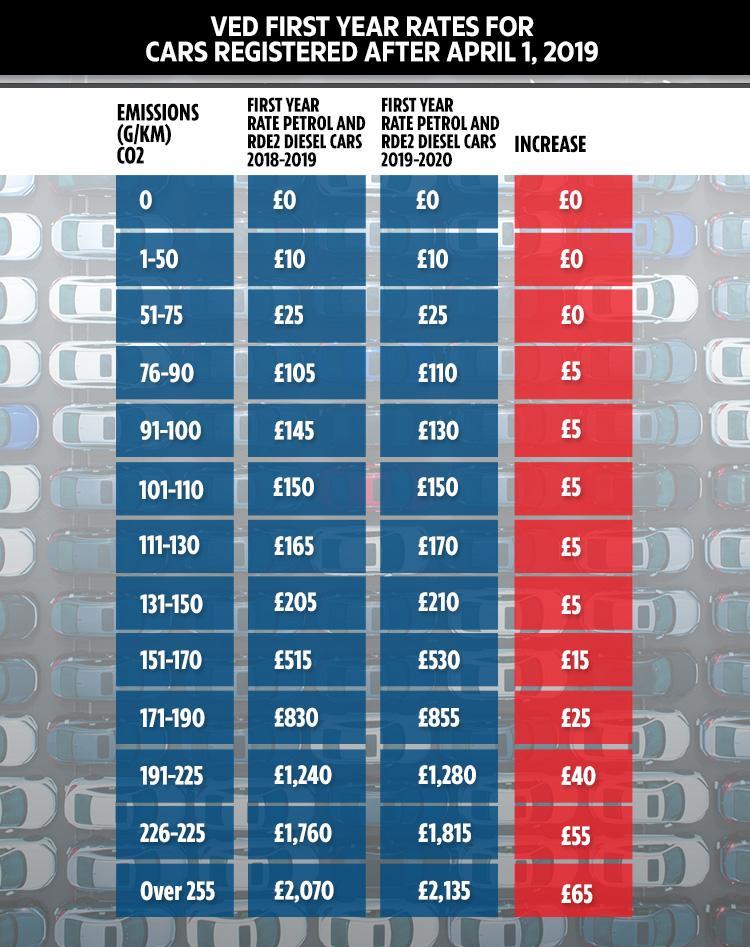 ​The most emitting new cars will see an increase of £65 for first year VED
points
Any vehicles first registered before 1 March, 2001 are still taxed under an even earlier system, which applies charges based on engine capacity.

Vehicles still paying these taxes won’t be affected by the 2019 changes.