​Nine people have been jailed over a “cash for crash” fraud in Cumbria valued at more than £600,000.
Carlisle Crown Court heard the scam saw insurance claims made for injuries and damaged cars that were involved in staged crashes at accident blackspots.
In one bogus claim, mastermind Mark McCracken, pretended to be a woman victim in a call to an insurance firm.
He admitted 13 charges of fraud and one of using false documents and jailed for seven years.
Eight other people were jailed for between 36 weeks and two years for fraud and money laundering. A further 22 people were handed suspended jail terms. 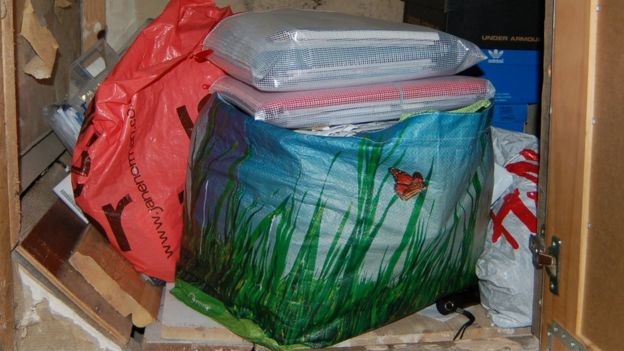 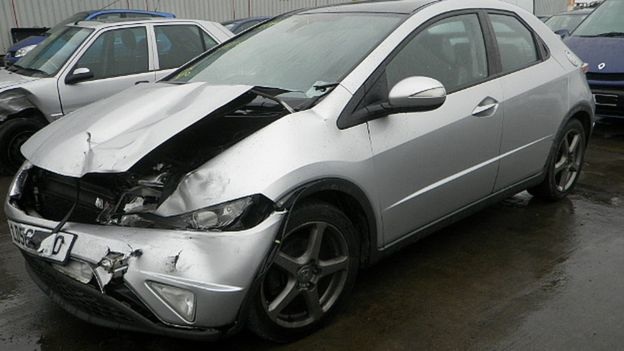 CUMBRIA POLICE
Image caption
One of the clocked cars used in the scam
After the hearing a Cumbria Police spokesman said: “Not only has McCracken gone to great lengths to launder money and commit serial fraud, his confidence in his own criminality grew to the extent he was claiming collisions occurred on the same day he opened insurance contracts.
“This should serve as a warning to others thinking of doing similar that there are serious consequences to making false insurance claims. Crash-for-cash scams will be investigated and those involved could end up with a criminal conviction. In addition we will seek to remove assets from those we identify as having profited.”
Ben Fletcher, director of the IFB, added: “The sentences handed down send a clear message that prosecution is a very real consequence for people committing insurance fraud.”