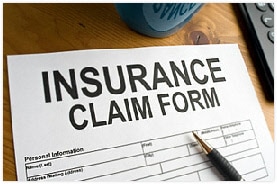 Regulator says research shows some motor brokers and insurers fail to clearly disclose fees and how they were calculated.

The Financial Conduct Authority (FCA) has stated that it has found a number of poor practices in how motor brokers and insurers disclose their fees.
In its regulation round-up for March the watchdog said it had conducted research on fees charged by brokers and insurers, however, according to a spokesperson for the FCA this research has not been published.
The regulator noted that the research had found that some firms were not clearly disclosing the fees and charges customers would be charged, which is against its rules.
It added that this was particularly an issue online.
In addition, the authority found examples where customers were not told the actual fee or the basis for how it would be calculated.
The steps are required by the FCA’s rules but instead fees were expressed as “up-to” a certain amount.
Furthermore the FCA found a great deal of variation in the size of fees charged for the same activity.
Trust
Compliance consultant Mike Cranny at Create Solutions explained that the FCA rules state that before a broker decides on a fee it needs to look around the market to see what others are charging for the same activity.
“You should compare your charges to see if they are reasonable or not,” he added.
“You also need to look at whether the charges are an abuse of the trust that the retail customers place in the insurance intermediary, as well as the nature and extent of the disclosure of the charges.”
According to Cranny, what has happened in practice is that brokers have stuck their fees in their Terms of Business, where they are not made sufficiently clear to the customer.
“Everybody puts things in their terms of business and most brokers would agree that not many people read them,” he continued.
“The FCA talks about this information being placed in a place where people are likely to read it. We tell our clients to always put their fees at the top.”
Cancellation
The regulator has also done a review into cancellation fees and found that customers sometimes had to pay fees to both the insurer and the intermediary on cancelling their contract, adding that the fees taken together had the “potential to be unreasonably high”.
Cranny explained that the most important aspect for brokers is that the fee is fair and reasonable and the customer knows about it before the sale is made.
“If the customer only finds out about it late in the day then they will complain,” he added.
“It’s a fairly common complaint which indicates that a lot of customers aren’t made aware of the fees. It’s when you haven’t prepared for it that it becomes an issue.”
Misleading
In the document the FCA stated: “We would like to remind firms that they must communicate their fees and charges to their customers in a way which is clear, fair and not misleading.
“In addition, firms must ensure that the terms in their consumer contracts are fair and transparent under Part 2 of the Consumer Rights Act 2015.”
Cranny commented: “I don’t know what will come after this but it is best if brokers know about it.
“If the FCA suddenly starts clamping down they will say ‘you were warned in our regulation round-up’.”Article is care of insurance age, the original article can be found here