By Tim Kelly27th August 2019No Comments 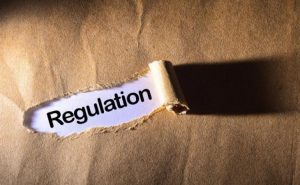 The watchdog, which took over regulation of claims management companies in April, says it has found widespread bad practice after reviewing 200 CMC adverts. The Financial Conduct Authority (FCA) has said that claims management companies (CMCs) must do more to make sure that their advertising does not mislead potential customers. It took over regulation of CMCs on 1 April of this year and detailed that it has reviewed over 200 CMC adverts in a variety of media and discovered that there is far-reaching poor-practice in CMCs. Poor practice Examples of bad practice according to the watchdog include:

Firms failing to identify themselves as a claims management company

Firms not stating that the customer could make a claim to a statutory ombudsman or statutory compensation scheme, such as the Financial Ombudsman Service, without using the services of the firm, and without paying a fee CMCs appearing to give consumers the impression that they would get a better outcome if they use the services of the CMC

The use of the term ‘no win no fee’, but no explanation of the fees that the customer must pay

The inclusion of examples of case studies where the compensation provided to consumers is very high exclusively, even though the average amount received by consumers is considerably lower

Important information is written in a small font or in a position that is difficult to see, when it should in fact appear prominently in a promotion New rules Following the review, the FCA has put forward a number of new guidelines involving financial promotions used by CMCs to ensure that they offer information to consumers that is fair, clear and not misleading.

The regulator detailed that the rules require firms to do the following: Identify themselves as CMCs Clearly state if a claim can be made to a statutory ombudsman/compensation scheme without using a CMC and without being charged a fee Include prominent information in terms of fees and termination fees which the customer may have to pay if a firm uses the term ‘no win, no fee’ or a phrase with a similar meaning The FCA stated that the new rules are supposed to help consumers make an informed choice on whether they should use the services of a CMC. Action Executive director of supervision – retail and authorisations at the FCA, Jonathan Davidson commented: “Many CMCs play a significant role in helping consumers to secure compensation. “But CMCs using misleading, unclear and unfair advertising practices to get business is completely unacceptable. “We won’t hesitate to take action where we consider that customers are being misled or otherwise treated unfairly by poor advertising.” He continued: “Firms should also understand that we will take their compliance with our rules on financial promotions into account when considering applications for full authorisation.” Last December the FCA published a set of new rules for CMCs,which came into effect in April. The regulator recently sent a Dear CEO letter reminding firms of these rules.

This article is care of insurance age and can be found here.