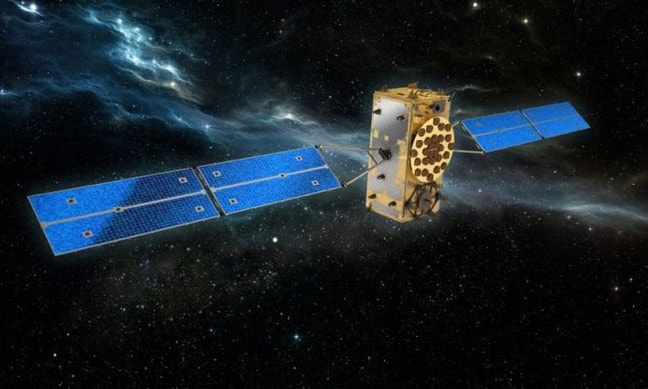 The UK must reduce the dependency of its critical infrastructure and emergency services on GPS technology to mitigate against the potentially disastrous impact of signal jamming, a government report has warned.
In a forward to the long-awaited doc from the Government Office of Science, Cabinet Office minister Oliver Dowden said global navigation satellite systems (GNSS) are often described as an “invisible utility”. He said: “It is in our national interest, as this report makes clear, that we recognise the precise nature and extent of our dependence on GNSS.
“We must take steps to increase the resilience of our critical services in the event of GNSS disruption, including by adopting potential back-up systems where necessary,” he wrote in the The Satellite-derived time and position: A Study of Critical Dependencies report (PDF).

Last year the government warned the UK stands to lose £1bn per day in the event of a major disruption to GPS. In 2016 it emerged the decommissioning of a US satellite caused an error in the GPS network, having a knock-on effect across a number of UK industries.

But one of the biggest threats is the increasing interference to GNSS-derived signals through “jamming” and “spoofing”, said the report.

“The last 15 years have seen a dramatic proliferation of GNSS jamming systems: from the preserve of the military, through criminal groups, to the point where jammers are now sought and owned by everyday citizens seeking to hide from a perceived risk of being tracked during their day-to-day lives.”

The emergency services have two main applications for GNSS, using data from a caller’s phone to locate the emergency; and navigating there rapidly and successfully.

The technology is also widespread in financial services, with transactions often driven by algorithmic trading, which requires timestamps at millisecond to microsecond level. This form of precision timing also requires traceability for audit purposes.

Charles Curry, founder of GPS resilience company Chronos Technology and contributor to the report, told El Reg: “There is no difference in my mind between a cyber attack over the internet and a cyber attack using GPS-jamming technology. It’s something that North Korea has been doing for some time, as well as Russia. What is to stop someone from switching on a high power jammer in central London and taking out the financial services sector?”

He said the government must act to lead in putting a back-up system in place, as simply using legal deterrents to prevent jamming is not enough.

Under the Wireless and Telegraphy Act (2006) it is an offence to deliberately transmit within the GNSS frequency band without a licence or exemption notice. So the use of jamming devices is an offence – but possession of a device is not. “This means that courts have to prove intent to use, which can be difficult” said the report.

Initially GPS was a military system, giving civil users access to degraded services – with accuracy within tens of metres – but after Korean Airlines Flight 007 was shot down by Russia in 1983 after accidentally flying off course, Ronald Reagan signed an executive order allowing the civilian use of GPS.

The report calls for an increase in awareness of our dependency of GNSS; the need to protect the GNSS spectrum; to improve the national risk assessment; and the need to provision for backups – such as the Enhanced low-frequency, LOng-RAnge Navigation (LORAN) system. It said the government, industry and academia will also need to take a more joined-up approach.

Article is care of the www.register.co.uk and this original article can be found here.