From Good Hands to Boxing Gloves: The Dark Side of Insurance 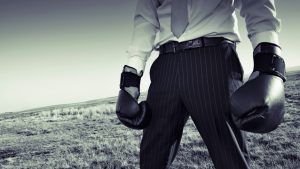 This month’s Trial magazine includes a grimly fascinating article by Santa Fe lawyer David Berardinelli about the meteoric increase in profits at Allstate at the expense of policyholders and claimants. In 1995, Allstate installed a new claims-handling system called “Claims Core Process Redesign” (CCPR) designed by McKinsey & Co., the corporate consulting firm whose strategic thinking that made Enron a Wall Street darling and disaster.

McKinsey encouraged Allstate to secretly adopt a business strategy promoting the interests of its shareholders at the direct expense of its policyholders. McKinsey told Allstate: “The senior management team views the [profit] improvement program as a top priority, with unanimity in their belief that change needs to occur. . . . They are willing to make fundamental changes in people, procedures, management systems, structure, etc., to ‘do whatever it takes’ [to increase profits and shareholder value].” McKinsey repeatedly refers to the need to “modify bad-faith laws” and “modify the rules and regulations [governing insurance]” for CCPR to be effective.

McKinsey’s introduction of its business paradigm into the casualty insurance industry was fundamentally wrong. This wrong was probably best expressed almost 30 years ago by the California Supreme Court in one of the nation’s landmark insurance cases:

The insurer’s obligations are . . . rooted in their status as purveyors of a vital service labeled quasi-public in nature. Suppliers of services affected with a public interest must take the public’s interest seriously, where necessary placing it before their interest in maximizing gains and limiting disbursements. . . . [A]s a supplier of a public service rather than a manufactured product, the obligations of insurers go beyond meeting reasonable expectations of coverage. The obligations of good faith and fair dealing encompass qualities of decency and humanity inherent in the responsibilities of a fiduciary. Insurers hold themselves out as fiduciaries, and with the public’s trust must go private responsibility consonant with that trust.

Allstate’s profits exploded. For the previous decade the average annual pretax operating income was $820 million. In the decade after implementing CCCR, the average annual operating profit was $2.5 billion per year, a 3,335 percent increase. The CEO who adopted the new claims system retired after four years after amaxxing a personal fortune of $53 million, while the current CEO has accumulated $150 million, primarily on the basis of denying and delaying claims and grinding policyholders and claimants into the ground.

The McKinsey strategy for Allstate to increase profits by grinding policyholders and claimants into the dirt is illustrated in a vast array of Power Point slides, which have not been released free of a protective order. One key slide contrast the “good hands” in the Allstate ads with boxing gloves indicative of a more combative resistance to paying even the most legitimate of claims.

The “Good Hands or Boxing Gloves” slide shows how McKinsey intended to win the claims economic game in two phases that deliberately and illegally exploited the economic pressures placed on a policyholder suffering from financial loss. The first phase (Good Hands) required Allstate to change how it evaluated and negotiated claims; the second phase (Boxing Gloves) required it to change how it litigated claims.

McKinsey estimated that, when confronted with the threat of a substantial delay in getting any benefits at all, 90 percent of policyholders would succumb within six months to the economic pressures caused by their loss and give up without a fight, accepting the low offers. These policyholders would get “prompt” payment—the Good Hands treatment.

The Boxing Gloves strategy aimed to make litigating claims against Allstate so time-consuming and expensive that any victory by the policyholder would be purely Pyrrhic. McKinsey believed that most policyholders and their attorneys would refuse to endure the expense and delay of litigation if they knew that Allstate had made an institutional decision to try every disputed claim to verdict—no matter the amount in controversy and regardless of the cost to Allstate of doing so.

I believe all of this is true. However, in one case last year with Allstate on the other side, by the time we got ready trial I had them so much over the barrel regarding potential bad faith that they paid $300,000 on a $100,000 liability auto policy in a case with preexisting degenerative neck conditions and virtually no visible property damage to my client’s car.

The Shigley Law Firm represents plaintiffs in wrongful death and catastrophic injury cases statewide in Georgia, and in other states subject to the multijurisdictional practice and pro hac vice rules in each state. Ken Shigley was designated as a “SuperLawyer” in Atlanta Magazine and one of the “Legal Elite” in Georgia Trend Magazine. He is a Certified Civil Trial Advocate of the National Board of Trial Advocacy, Chair of the Southeastern Motor Carrier Liability Institute and former chair of the Georgia Insurance Law Institute. He particularly focuses on cases arising from truck wrecks and accidents (tractor trailers truck wrecks, semi truck wrecks,18 wheeler truck wrecks, big rig truck wrecks, log truck wrecks, dump truck wrecks.