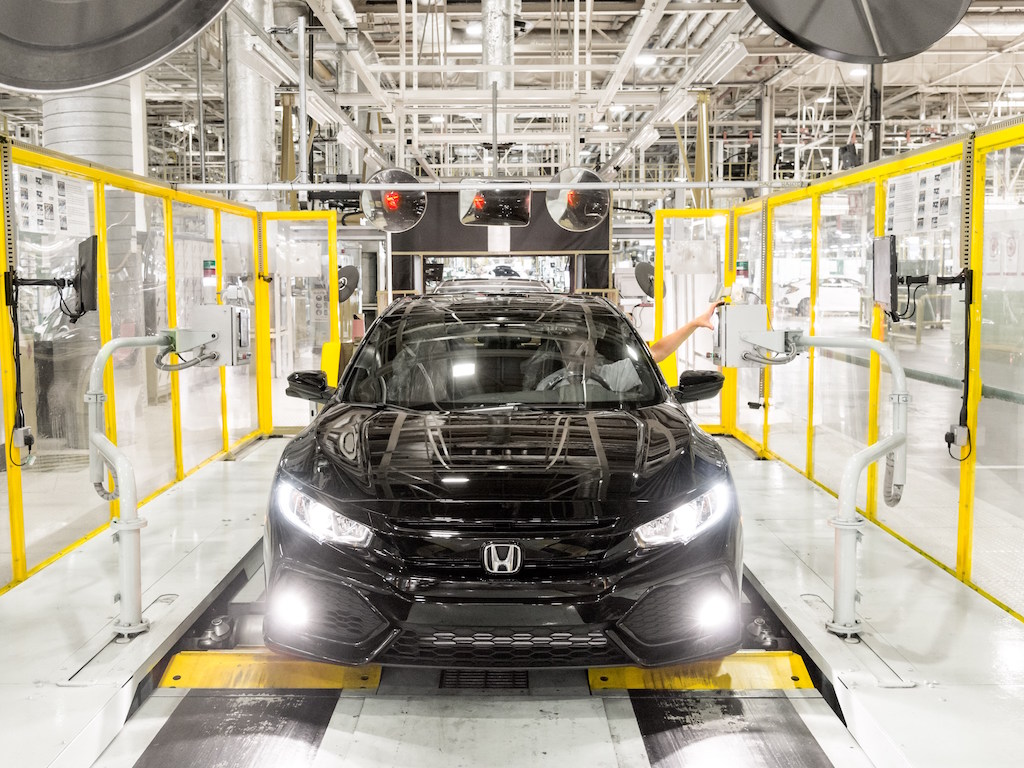 New UK-built Honda Civic unveiled and all set for export successHonda has confirmed reports that it’s planning to close its Swindon vehicle manufacturing plant in 2021 – a move labelled by business secretary Greg Clark as “a devastating decision for Swindon and the UK”.

In a statement, the carmaker said it’s looking to close Swindon at the end of the current Civic’s production lifecycle, with the potential loss of around 3,500 employees.

Honda said the plans form part of its move to restructure its global operations and accelerate its commitment to electrified cars, which may mean the Swindon plant’s current role as a global manufacturing hub is no longer be viable.

The move is believed to be in response to the recent trade deal between the EU and Japan, which lowered the previous 10% tariff on Japanese cars imported into the EU from 1 February 2019 and will eventually eliminate tariffs altogether.

However, Brexit is also believed to be a factor.

In a statement, Honda said consultation activity will begin today, and that it will be working closely with its workforce, including the Unite trade union, over the months ahead.

Katsushi Inoue, president, Honda Motor Europe, said: “In light of the unprecedented changes that are affecting our industry, it is vital that we accelerate our electrification strategy and restructure our global operations accordingly. As a result, we have had to take this difficult decision to consult our workforce on how we might prepare our manufacturing network for the future. This has not been taken lightly and we deeply regret how unsettling today’s announcement will be for our people.”

Business Secretary Greg Clark responded: “This is a devastating decision for Swindon and the UK.

“This news is a particularly bitter blow to the thousands of skilled and dedicated staff who work at the factory, their families and all of those employed in the supply chain.

“I will convene a taskforce in Swindon with local MPs, civic and business leaders as well as trade union representatives to ensure that the skills and expertise of the workforce is retained, and these highly valued employees move into new skilled employment.

“The automotive industry is undergoing a rapid transition to new technology. The UK is one of the leaders in the development of these technologies and so it is deeply disappointing that this decision has been taken now.”

The Unite union has also responded, saying it believes the Honda plant in Swindon has a viable future and that it will campaign strongly to save the 3,500 jobs currently under threat.
Unite national officer for the automotive sector Des Quinn said: “We acknowledge the global challenges that Honda has outlined in its statement, but we don’t accept that this plant, with its highly skilled and dedicated workforce, does not have a viable future.

“We will leave no stone unturned to keep this plant going and its workforce in employment.”
He added: “While Brexit is not mentioned by the company as a reason for the announcement, we believe that the uncertainty that the Tory government has created by its inept and rigid handling of the Brexit negotiations lurks in the background.

“If the Government had delivered a strong and stable Brexit that protected the economy and jobs, we may well have been in a very different position today.”

This page can be found here

Is the #Approvedrepairer the best way to go? in this months @GarageTraderMag Investigates, it was almost like it’s co-ordinated! wonder how that happened #consumer education

Would turning to “remanufacturers” benefit the repair industry when looking to the cost of replacing ECU’s? sponsored by @AlsOfficial