How #connected cars will help #manufacturers make inroads into #insurance 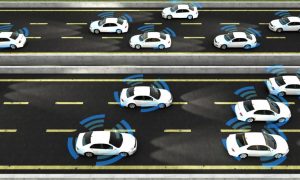 Don’t let the delay fool you – Tesla’s jump into insurance is still on after CEO Elon Musk told shareholders that an insurance product will be launched following the completion of an unspecified acquisition.

After announcing in April that Tesla planned to release its own insurance product, the automotive firm then revealed in May that the program will be launched through a relationship with State National Insurance Company, a subsidiary of Markel Corporation. Though this series of events has been met with some criticism – notably that of Warren Buffett – Tesla moving into the insurance space shouldn’t have surprised anyone, says one expert.

“They’ve been going around the edges of it for quite a while, and they’ve been offering this in other countries, so it would be remiss for anybody to feel that they weren’t looking to make that same play here,” said Laird Rixford, CEO at Insurance Technologies Corporation (ITC), adding that what makes Tesla unique is its connected cars can offer the ultimate usage-based insurance (UBI).

Tesla vehicles offer a ton of data, from how the person is driving the vehicle, to the location they’re driving it to, and for how long the car is being driven, along with many other values and measurements. The cars then don’t need a dongle installed and the driver doesn’t need to use an app to track the same information, both of which are standard features of other UBI programs.

“This is where connected vehicles will be transforming the insurance industry,” said Rixford. “Moving forward, you’re actually going to see more of this because car manufacturers are looking for other ways to monetize their vehicles after the sale, and doing insurance plays is always something they’ve wanted to – it’s just without the connections, they’ve been unable.”

The move into insurance by Tesla and others won’t be without its roadblocks. After all, insurance is a difficult business, a sentiment that Buffett echoed in his statement on Tesla to shareholders during Berkshire Hathaway’s recent annual meeting.

Read more: How Uber (and other disruptors) are also disrupting insurance

But just because Tesla is insuring its own vehicles doesn’t mean those costs will go down. After all, OEM parts are still expensive, as are repairs to Tesla cars. The insurance premiums will thus have to be high, even if it’s Tesla who’s providing the insurance.

“These are tried and true insurance companies that know how to underwrite risk and mitigate their claims losses, and they priced it accordingly,” explained Rixford. “Tesla is going to have to do the same, and they just can’t come into the market with a loss leader.”

Where the insurance industry should be concerned, however, is with the disruption caused if more car manufacturers step into the insurance ring.

“That’s why this is such a troubling market right now – if you start to see car manufacturers self-insure their vehicles and have all this connected vehicle data, then that actually carries into the next logical progression of autonomous vehicles,” said Rixford. “The question of where liability lies when it comes to autonomous vehicles furthers the reason why the manufacturer would want to have a hand in the liability and the coverage of that vehicle whenever they are questionably liable for any damages [caused by] their autonomous vehicle.

“We’ll see manufacturers and other companies that are tied a little bit more to the hip of the sale and the maintenance of a vehicle get more involved in the insurance of those vehicles, and that’s going to remove market share from agents and brokers, and the carriers that support the agents and brokers.”

Read more: Brokers in the driving seat as carriers “tighten their belts” in commercial auto insurance

While Rixford told Insurance Business that this future is likely 15 to 20 years down the road – and even then, it isn’t clear cut since the leasing of Teslas and the fact that people aren’t buying as many cars as they used to will complicate the insurance opportunities for car manufacturers – agents and brokers shouldn’t be sitting back and relaxing.

He said: “The best thing that people can do is continue to educate themselves on the market, be able to speak to the market and understand the market so whenever someone does come and ask, they can then proceed to tell them the value proposition of working with an agent and working with a broker – that there’s added benefits than just checking a box on your auto loan that says ‘also include my insurance’.”

This article is care of www.insurancebusinessmag.com this article can be found here.