How Safe Must #Driverless #Vehicles Be to Be Accepted? Very Safe. #autonomousvehicles 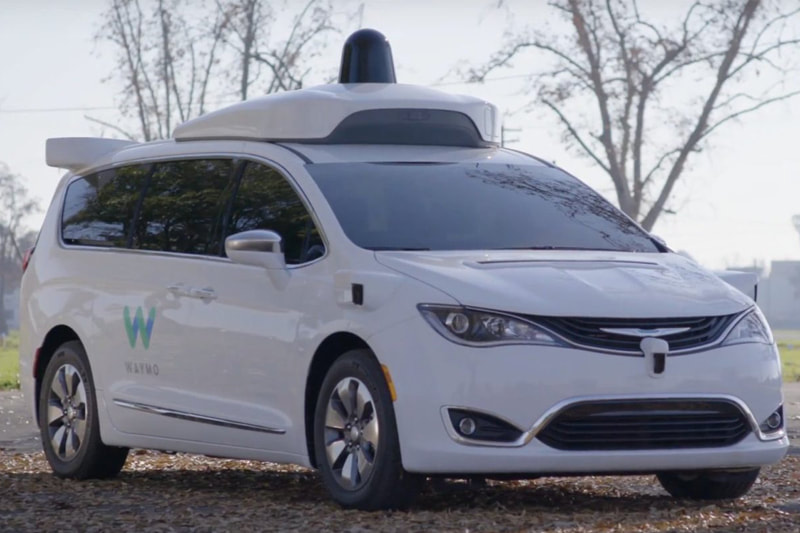 ​The race is on for companies to present their driverless cars to the public, but recent collisions involving autonomous vehicles developed by Uber Technologies Inc. and Tesla Inc. have led to doubts about whether these vehicles can alleviate traffic issues and increase safety.

Just how safe is safe enough for self-driving vehicles?

A new study from the Society for Risk Analysis and published in Risk Analysis journalsought to find out.
To answer the question, researchers employed an expressed-preference approach – a method that has not previously been employed in this setting – to determine the socially acceptable risk of self-driving vehicles.
According to the results, the public will not accept this new technology unless it is shown to be safer, approximately four to five times as safe as human-driven vehicles.
Despite the conveniences self-driving vehicles would bring to individuals, such as the ability to watch a movie, read a book, sleep or surf the internet, the public will be much less likely to accept, or even tolerate, self-driving vehicles if they have the same risk level as human driving, according to the research.
As suggested by previous studies, individuals increase their demand for safety when that safety is entrusted to an external factor, such as an automated vehicle.
Improved road safety is one of the major motivations behind the development of self-driving vehicles. Human error is believed to cause 94 percent of all traffic crashes in the U.S., and 75 percent in the U.K. While self-driving vehicles have the potential to significantly reduce these types of crashes, they also introduce several new road risks, including accidents caused by cyber attacks. Creating perfectly safe driverless vehicles is both technologically and economically infeasible, but policies can require that the risk of having them on the road be as low as technically achievable, according to the authors.

The results show that the respondents believe that self-driving vehicles should be four to five times as safe as human driven vehicles. Current global traffic fatal risk is estimated at 17.4 per 100,000, which is 350 times greater than the frequency accepted by 50 percent of the respondents for self-driving vehicles. This implies that respondents expect these new vehicles to improve safety by two orders of magnitude against the current traffic risk.

Based on the results, the researchers propose the following requirements for self-driving vehicles based on the tolerability of risk in industrial safety (a concept developed in the health and safety field) in which risks are distinguished by three criteria: unacceptable, tolerable and broadly acceptable.

Self-driving vehicles that are less safe than human drivers would be set as the unacceptable risk criterion. The tolerable risk is that self-driving vehicles be four to five times as safe, meaning they should be able to reduce 75-80 percent of current traffic fatalities. The broadly acceptable risk criterion for self-driving vehicles is set as two orders of magnitude lower than current global traffic risk, indicating a hundredfold improvement over current traffic risks, or the same order of magnitude experienced in public transportation modes, such as rail and commercial aviation.

The study was conducted by Peng Liu and Run Yang, Tianjin University, and Zhigang Xu, of Chang’an University. The survey was distributed to a convenience sample of residents in Tianjin, China. Of the 499 respondents, half were randomly assigned to complete a version of the survey for human-driven vehicles, while the other half completed an self-driving vehicle version. Risk frequencies were expressed as one fatality per a certain number of vehicle-kilometers traveled and as one fatality per a certain number of population, respectively. Respondents were asked to accept or reject each traffic risk scenario at one of four levels: never accept, hard to accept, easy to accept and fully accept.

The Society for Risk Analysis provides an open forum for all those interested in risk analysis.

The AAA results were reported after a number of incidents involving autonomous vehicle technologies. One of Uber’s driverless cars killed a pedestrian in Arizona in March. Also in March, a driver of a Tesla Model X died in a crash in California. Last fall, General Motors Co. told California regulators its self-driving vehicles were involved in six crashes in September, but said none of its automated vehicles were responsible.

“Despite their potential to make our roads safer in the long run, consumers have high expectations for safety,” said Greg Brannon, AAA’s director of Automotive Engineering and Industry Relations. “Our results show that any incident involving an autonomous vehicle is likely to shake consumer trust, which is a critical component to the widespread acceptance of autonomous vehicles.”

An AIG survey — AIG: The Future of Mobility and Shifting Risk — of driver-age people revealed an underlying lack of consumer trust in self-driving vehicles. While virtually all think that these cars are going to be safer and will make driving less stressful, only 42 percent of adults in the U.S. said they would be comfortable sharing the road with driverless vehicles, while about the same percentage said they would not be comfortable.

According to Gaurav Garg, CEO for Personal Insurance for AIG, consumers are confused about the technology and question whether these vehicles can “anticipate the millions and millions of scenarios” such as identifying a stationary object versus a pedestrian, a bike instead of a car, a pet running across the street, or knowing what a 4‑way stop means.

“That creates a big hurdle to surmount for any innovation or any progress to be made in this area,” Garg said.

Even assuming that technology is flawless, Garg believes proponents still face a “trust gap” with consumers that needs to be overcome before they will fully embrace driverless technology. AIG believes that consumers will have a say in how fast autonomous vehicles penetrate the market.

But some in the tech industry think that consumers, as they have with other technologies, will not take very long to accept autonomous driving.

Kate Sampson, vice president of Risk Solutions for the ride sharing firm Lyft and a former insurance broker, cites how quickly the public warmed to ride sharing as an indication that driverless vehicles may win them over more quickly than many believe.

“I tend to think that the adoption of this technology is going to be much quicker by consumers than we think. I think there is some hesitation, but, when I think about getting in the car with a stranger or getting in the car with technology that is being advanced over all this time by some of the greatest thinkers in the world, I’m pretty bullish on it,” Sampson said at the 2018 Consumer Electronics Show (CES).
article is care of www.insurancejournal.com