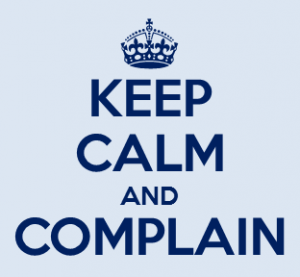 Insurer ‘s increasing excess for choosing their own repairer.

A query often raised is that of insurer’s increasing excess on a consumer choice of repairer.

This is a guide for both repairer and consumer on how to challenge any additional increased excess being applied.

Can I choose my own repairer?

Your right to choose the repairer of your choice.

The customer’s entitled to choose who’s repairs their vehicle, This is covered under the following acts and laws. Consumer rights directive 1993 where the Office of fair trade,

The A.B.I. and what was the Financial Service authority now the FCA agreed In the consumers right of choice. It is now covered In the Consumer rights act 2015.

2015 Insurance Act also stipulates prior to a contract Occurring the insurer has to make the insured aware that the contract Fulfill’s the demands and needs of the consumer, and any adverse term or condition is brought to the attention of the consumer. This should have no material detriment to the consumer. To advise before the contract has been made any restriction’s in the consumers choice, or advise that you seek to reduce your contractural liabilities is a breach of the act.

Can you complain about the increased excess?

Under consumer law, barrier’s and restrictions cannot be put in place to limit your entitlement to claim from a contract.

The unfair terms in consumer contracts regulations in 1999 laid out what was deemed to be unfair in a contract , it states.

5.—(1) A contractual term which has not been individually negotiated shall be regarded as

unfair if, contrary to the requirement of good faith, it causes a significant imbalance in the parties’

rights and obligations arising under the contract, to the detriment of the consumer.

individually negotiated, these Regulations shall apply to the rest of a contract if an overall

assessment of it indicates that it is a pre-formulated standard contract.

show that it was.

which may be regarded as unfair.

8.—(1) An unfair term in a contract concluded with a consumer by a seller or supplier shall

not be binding on the consumer.

without the unfair term.

What does that mean to me?

As a customer , when an insurer advise’s that an increase excess is applicable if you choose your own repairer, it may be this breaches the above statutory law,which is also part of the Financial Conduct Authority Regulations by which they must abide.

The insurer will argue it is part of the contract, so it does apply! And you had 14 days to cancel the contract.

It makes no difference that you could have cancelled the contract, the term or condition would still be unfair and the above act applies.

The same also applies if the insurer advise’s “ we will only pay what it would have cost to repair your car at our repairer”.

There is also a section under the FCA regulations on “treating customers fairly”.

There is also another section under the FCA regulations called

The Responsibilities of Providers and Distributors for the Fair

The Principles apply to all authorised firms. This Guide looks particularly to the following

 Principle 2 (‘A firm must conduct its business with due skill, care and diligence’);

 Principle 3 (‘A firm must take reasonable care to organise and control its affairs responsibly and effectively, with adequate risk management systems’);

 Principle 6 (‘A firm must pay due regard to the interests of its customers and treat them fairly’);

 Principle 7 (‘A firm must pay due regard to the information needs of its clients, and communicate information to them in a way which is clear, fair and not misleading’).

This is all well and good,but how do I use the above and not pay the additional excess?

There is no guarantee the additional excess will be waived but here are a number of approaches to take.

This is the starting point

How to complain effectively

Every time you complain to the Financial Ombudsman Service (FOS) The financial institution will be contacted by the FOS and will be asked to provide them all the information around the complaint.

This is great leverage. Phone the FOS up, log a complaint with them, they will then give you a reference number. You then use this in correspondence later by email.

Immediately after doing this Phone the insurer and advise them you wish to raise a “chief executive complaint” and that you are expressing dissatisfaction.

When asked what your complaint is respond:

I wish to raise a complaint about the inclusion of an increased excess on my policy should I wish to use my own repairer. I understand this to be a breach of the “Unfair term in a consumer contract regulations 1999 which is now Part 2 of the Consumer Rights Act (the Act) 2015 will replace UCTA (to the extent that it relates to business to consumer contracts) and the UTCCRs (in their entirety) respectively.

This being that these terms of an increased excess and restrictions to the amount you pay for repair are ;

I also believe this to be a restrictive practice under “The Consumer Protection from Unfair Trading Regulations 2008 (the CPRs) implement the EU Unfair Commercial Practices Directive. They introduce a general prohibition against unfair commercial practices, specific prohibitions against misleading and aggressive practices and a blacklist of 31 practices that will be deemed unfair in all circumstances.”

The contract I have entered Into, I believed would not breach my consumer rights of choice of repairer, would not put restrictions or barriers in place that would prevent me from doing so and would indemnify my Full financial loss.

Do the above , and you may well find the insurer waive ‘s the excess as a gesture of good will and on a “one of basis”.

2 Asking for Cash In Lieu settlement.

Insurer’s advise that they have three ways of fulfilling their contract.

These are the only ways an insurer can oblige it’s contract.

Should a insurer not authorise repairs are your choice of repairer,they will try and palm you off with a lower settlement that that to which you are entitled too.

Before asking for a CASH IN LIEU settlement, you need to evidence what it WILL cost to repair your car. To do this,your repairer working for you will need to carry out a “BLUEPRINT OF REPAIR” ,Ie, a fully detailed proforma identifying the cost to put the vehicle to it’s pre-accident state.

I would then also suggest having the car inspected by a “qualified independent engineer” they should not negotiate on your behalf, but should check the methodology of repair.

This now make’s it very hard for an insurer to short change you,

As they are now providing a Cash In Lieu settlement, they cannot charge the additional excess, as they are not authorising your repairer directly, buy paying you the cost of repair.

This is beneficial on higher value vehicles with high excess that may get doubled.

Raise the first complaint above, the raise a second complaint advising that it has been mis-sold and does not fulfil your “demands and needs”

Ie, if you wanted to use your own repairer without being penalised ,then unless these “unfair terms” Were brought to your attention prior to purchasing, it could well have been mis-sold.

The insurer under threat of being billed by the FOS may soon change their mind if everyone does this.