By Tim Kelly17th March 2020No Comments 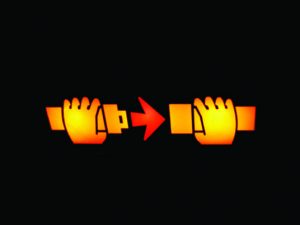 Almost a third (31%) of the people who died in vehicles in Great Britain in 2018 were not wearing a seat belt – prompting calls for increased education and penalty points for drivers.

The research, carried out by PACTS in association with Direct Line Group and published in a new report, analysed over 1,000 records obtained from Police Forensic Collision Investigators (PFCI), under the FOI Act.

The data showed an apparent increase in unbelted deaths from 25% in 2016 to 31% in 2018, suggesting the number of fatalities could be higher than official figures (26% in 2018), published by the Department for Transport.

According to Direct Line, the figures serve to underline the need for penalty points for seatbelt non-use in England, Scotland and Wales. Introduced in 2007 in Northern Ireland, they are said to have led to an increase in wearing rates. In England, Scotland and Wales the current penalty for not wearing a seat belt, if issued a Fixed Penalty Notice, is just £100, with a maximum penalty of £500 if taken to court.

Gus Park, managing director of motor insurance at Direct Line, said: “Building on our previous research we have discovered an even larger number of people have died unbelted on our roads. It would appear the more we look at seatbelt wearing rates, the more concerning the picture is. This reinforces our view there is a need to drive up seatbelt wearing rates to enhance road safety and ultimately prevent unnecessary deaths. The introduction of three penalty points has made an impact in Northern Ireland. It is time to consider doing the same for England, Scotland and Wales.”

It’s a point made by GEM some six months ago, when road safety officer Neil Worth said: “We believe that tougher penalties, effectively enforced, would lead to a significant and immediate reduction in the number of drivers and vehicle occupants killed and seriously injured on our roads.”

Meanwhile, PACTS said the figures in its new report show the need for more accurate data about the causes of crashes and injury.

According to the report, seatbelt status was known in 85% of fatalities where PFCI (Police Forensic Collision Investigators) data was available compared to around 50% in reports from the Stats19 accident recording forms.

PACTS added that PFCI data differs to Stats19 because it is recorded by highly trained police officers and police staff specialising in fatal and serious injury collision investigation who are given more time to complete their reports, meeting a higher standard of evidence which is recognised by the courts. In contrast, Stats19 data is usually collected by response officers at the scene, by phone or online with some data based on reports by the public at a Police station, and is generally filled out before the end of a shift. And while Stats19 data records road injury collisions in Great Britain, PFCI data also includes data from Northern Ireland.

David Davies, executive director, PACTS, said: “Not wearing a seat belt is one of the ‘fatal four’ road safety risks but the one that gets least attention. Using the Freedom of Information Act, we obtained data from highly skilled Police Forensic Collision Investigators and discovered that the percentage of people dying in cars, when not wearing a seat belt, was even higher than reported in official figures last year. We also found that vital information about the causes of crashes and injury is not being routinely published. Only some PFCIs are consulted by their police colleagues and the local authorities who submit the casualty records (Stats19) to the Department for Transport for publication. This happens in some areas of the UK. We want it to become standard. This more accurate and detailed information could be used to prevent further deaths and serious injury.”

Brake also commented on the research, calling out for further education on the need to wear seatbelts.

Director of campaigns, Joshua Harris said: “The true scale of people needlessly dying on our roads when not belted up could be much greater than we think – which is a real concern. Seat belts are proven to be the most effective way of keeping yourself safe in a crash and urgent action is needed to make sure everyone gets the message that seat belts save lives. We want to see penalty points introduced for non-seat belt wearing and greater investment in enforcement. Ultimately every death on the road is preventable but a death of someone not wearing a seat belt could so easily be avoided.”