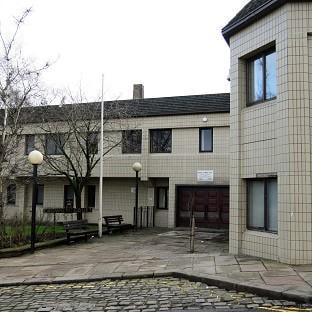 ​A MAN has been warned he faces jail for his role in a so-called crash for scam.

Raja Ahmed Rauf, 38, of Chapel House Road, Nelson, was given the warning by Judge Phillip Parry when he appeared at Burnley Crown Court,

That was after Rauf , on the day he was due to stand trial, admitted to conspiring with others to defraud Zurich Insurance.

The charges came about after an insurance claim was put in to Zurich Insurance following an alleged crash between a Nissan Note and another vehicle at the junctions of Selby Street and Brunswick Street, Nelson, on January 19, 2016.

The court heard suspicions were raised when the incident was captured on CCTV.

Prosecuting, Judith McCullough said: “Mr Rauf’s plea is acceptable to the prosecution. It’s clear to see Mr Salisbury and Sheram Tariq, who have pleaded guilty, and the defendant were in regular contact both before and after the collision.

“The other three defendants were passengers in one of the cars. It is quite right they didn’t make complaints about injuries at the scene. They made limited complaints the following day. They have not made complaints since.

“Thee prosecution takes the view that in reality those behind this conspiracy have now pleaded guilty.”

All the men who pleaded guilty will be sentenced at Preston Crown Court next month.

“This is a serious offence no matter what role you played in it. You must expect that a custodial sentence will be at the forefront of my mind. However I will order the probation service keep all options open when they write your report on you.”