Hit enter to search or ESC to close
Regulations

Both the DVSA and Allow Independent Road-testing (AIR) have conducted tests on Euro 6 cars, finding most emit higher NOx emissions than the limit during the WLTP track test. 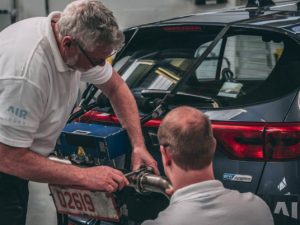 The DVSA’s 2018 Vehicle Emissions Testing Programme identified low and high emitters with results similar to those conducted for Allow Independent Road-testing (AIR) and published in the AIR Index. These revealed that some fully homologated vehicles that meet the legislated laboratory tests produce up to 20 times the NOx emissions limit during the WLTP track test.

The DVSA’s tests show that during WLTP track tests the Nissan Qashqai diesel was found to be more than 17 times the legislative limit for NOx and the Renault Kadjar diesel was 13 times the same limit. Diesel versions of models within the ranges of the BMW 1-series, Hyundai Tucson, Jaguar F-Pace, Vauxhall Astra and Volvo XC60 were all found by DVSA to be multiple times higher than emission limits for the legislated test cycle.

The only car tested by DVSA and found to be within the limits was the Mercedes E-Class diesel.

The DVSA presented results to car makers and invited them to improve the emissions performance of their cars. Several companies are in the process of offering solutions, but Nissan declined to do so, a decision described as “unacceptable“ by the DVSA.

The implication is that city policy makers planning to use or already using the Euro 6 emissions benchmark as a basis for city access into CAZ or ULEZ won’t stop over-emitting cars that ultimately degrade air quality, countering the entire purpose of implementing the air quality zone(s). AIR adds that it is not aware of a method in use today to determine which Euro 6 vehicles over emit before access is granted into a CAZ or ULEZ.

Nick Molden, co-founder of the AIR Index said: “Cities who in good faith are using or plan to use Euro 6 as the threshold for access policies will not deliver the air quality improvements expected and will not solve their breach of urban air quality in the time required. The DVSA’s latest test results confirm the importance of independent testing to provide confidence and transparency about actual emissions during on-road driving. We welcome the government’s publication of this report which aligns with the results of vehicles rated for the AIR Index, and it highlights again that not all Euro 6 cars control NOx emissions to the same degree.”

This article is care of https://fleetworld.co.uk/over-emitting-euro-6-vehicles-jeopardise-clean-air-zones/

The jobs car insurers punish with the highest premiums

Can I use my Own Choice of Bodyshop? #choice #treatingcustomersfairly #law #yourlegalrights