Scottish Discount Rate Decision ‘Bad Outcome’ For consumers “say the ABI” funny how they always say that? the “correct” compensation for claimants does not get a mention!

By Tim Kelly3rd October 2019No Comments 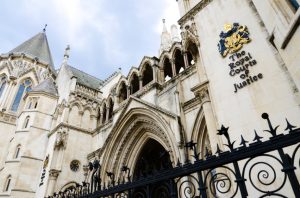 The Government Actuary, which helps the U.K. government assess risk, announced Monday that it will keep the rate in Scotland at -0.75%, which was set by the Ministry of Justice in 2017. But the government said in July that it would raise the rate to -0.25%, up from -0.75%, in England and Wales. A greater negative rate swings the balance toward claimants.

The Association of British Insurers said Monday that maintaining the former discount rate in Scotland will keep the cost of motor policies high for insurance buyers north of the English border. Courts use the so-called Ogden rate to calculate the lump sum awarded to individuals who suffer any kind of serious injury or are hurt in an accident.

The actuary’s decision, which it made after a review completed on Sep. 27, means that insurers and public bodies, including the National Health Service, will pay out more for personal injury compensation in Scotland than in England or Wales, the ABI said. Consumers will have to pay higher premiums in Scotland as a result.

“This is a bad outcome for Scottish insurance customers and taxpayers,” Alastair Ross, assistant director and head of public policy for Scotland at the ABI, said. “A discount rate that’s lower for Scotland than England and Wales will mean higher insurance costs north of the border, which could push up premiums for Scottish motorists as a result.”

Courts apply the Ogden rate to reflect the interest that the policyholder would earn if he or she invested the compensation they were awarded: a lower rate means insurers have to pay out higher amounts.

The compensation rate had remained at 2.5% for 16 years before the government’s surprise announcement to slash it to a negative figure in 2017, which swung the rate in favor of claimants.

English insurers are unhappy about the marginal rate increase to -0.25% in August. The industry had hoped that the government would increase the Ogden rate to positive territory of between 0% and 1% under the Civil Liability Bill. The bill was introduced in 2018 to help tackle the so-called compensation culture, which the government said is driving up costs for consumers and taxpayers.