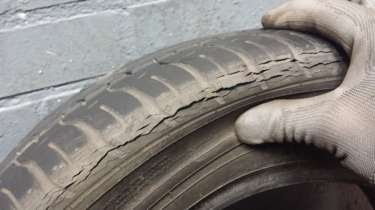 Figures suggest that 4.5 million part-worn tyres are sold in the UK every year.

In some areas more than 80% are sold illegally, many with serious safety defects, according to council Trading Standards’ teams.

In 2015, there were 16 deaths and 908 road casualties that involved illegal, defective or under-inflated tyres, according to government figures.

Durham County Council officers found that just one of the 39 tyres they checked at various traders bore the required “part-worn” tyre marking, with 25 tyres having problems that could impair safety.

Ten tyres had unsafe repairs, nine were over 10 years old and one was 23 years old. 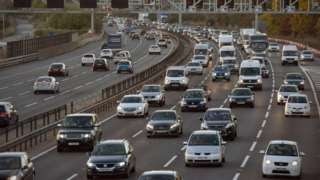 ​The LGA has advised motorists to check tyres for cracks, tears and lumps
The LGA is urging motorists buying second-hand tyres to check that they bear the required “part-worn” marking, which lets drivers know that the tyre has been checked and meets legal requirements.

Simon Blackburn, chairman of the LGA’s Safer and Stronger Communities Board, said: “Cheap part-worn tyres might be tempting to buy but if they don’t have the correct legal markings, motorists risk buying illegal tyres which could contribute to a major accident.”

Mr Blackburn advised motorists to go to a reputable trader and check tyres for the “part-worn” stamp, as well as any cracks, tears and lumps.

He also said drivers should check the state of the tread before buying a tyre.

He added: “New tyres are available to suit all budgets, provide a safer option and should last longer, meaning they may offer better value for money in the long term.”

PA
Figures suggest that 4.5 million part-worn tyres are sold in the UK every year
​