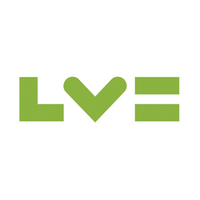 ​CEO blames one off factors for profit drop as income remains steady.

LV reported income of £1.2bn for the first have of 2016, a slight increase on the £1.1bn reported in the same period last year.

“Profitability in 2016 has been affected by the non-recurrence of a number of one-off factors that arose in 2015.”

Confident
He noted that the rating environment in general insurance remained mixed with increases in motor and a continuation of the soft market conditions in home.

The underwriting profit was down to £8m from £53m.

The combined operating ratio also deteriorated to 98.5% from 92.1%.

The results stated: “With our disciplined approach to underwriting we will only grow where it makes financial sense to do so.”

The provider also highlighted that the 2015 results benefited from a number of favourable one-offs that were not repeated in 2016, citing that last year’s operating profit was boosted by reserve releases of £55m compared to £13m this year.

Motor
In motor the insurer predicted that rates would strengthen as a consequence of the combination of reduced investment income and higher claims inflation.

The results added: “In 2016, we are seeing motor claims inflation at the top end of our expectations driven by increases in technology in cars which makes repair costs more expensive.”

LV concluded: “Total policies in-force are up 4% in the first six months of the year to 4.9 million (FY 2015 4.7 million) and the proportion of non-motor policies now stands at 39% as we continue to rebalance our general insurance portfolio.

“We aim to maintain our position as one of Britain’s best loved insurers and our satisfaction rates remain very high with 85% of customers saying they are ‘very’ or ‘extremely’ satisfied.”

Article care of insurance age magazine and can be found here!