Some of you may know that I hate Litter & the people that leave it with a passion. This, However, I love. HUGE MEDIA TEAMS UP WITH JLS STAR FOR ANTI-LITTER CAMPAIGN @HugeMedialtd @JBGill @itvnews @carollowe98

HUGE MEDIA TEAMS UP WITH JLS STAR FOR ANTI-LITTER CAMPAIGN

Huge Media was called in to support Clean Up Britain’s latest campaign ‘Don’t Trash Our Future’. The campaign gained widespread media coverage and you can see some of the coverage from London, Cardiff, Manchester and Edinburgh below.

JB Gill, of X Factor band JLS launched the initiative in association with InYourArea.co.uk. Ed Walker, Editor In Chief at In Your Area, said:

‘We are looking to achieve behavioural change on litter.  Everyone’s experience has been that this is a massive issue during lockdown and even before lockdown. On In Your Area we find that people get irate about litter.  Clean ups are brilliant and we are encouraging people to do them but we want to achieve real change and stop littering.’

Huge Media’s digital ad vans were on the roads of London and other major cities taking the message to the streets. A raft of stars backed the campaign and  JB Gill said:

‘Litter is a real issue all over the country. From a social perspective we want to be able to enjoy the green spaces we have. We want to be in those spaces and find them litter free. And there really is no excuse.’

The pressure group is calling for a litter fine to be implemented that will see offenders paying £1000, similar to the fines for littering in parts of the USA and Australia.

Huge media ad vans switched between details of the campaign, the online petition and the Don’t Trash Our Future graphics like the one shown below. 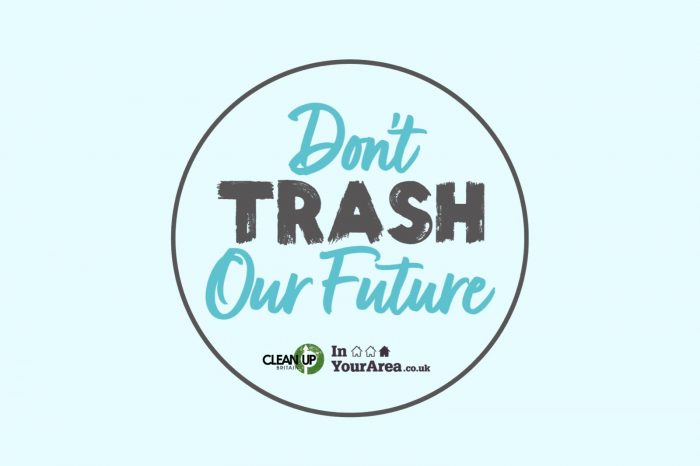 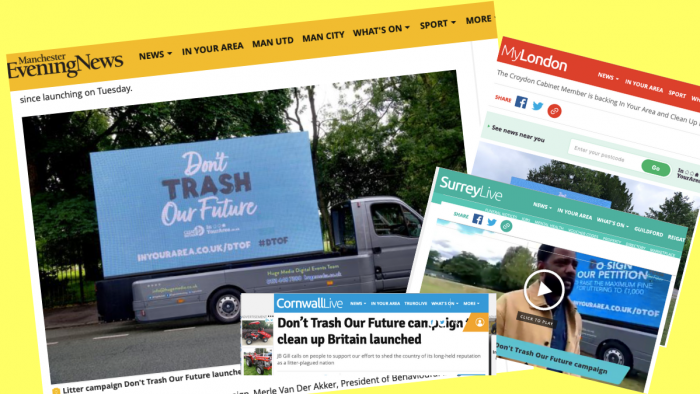 Discover how we can boost your publicity: info@hugemedia.co.uk ; Huge Media operates across the UK.

Proud to sponsor this article for  by https://hugemedia.co.uk/