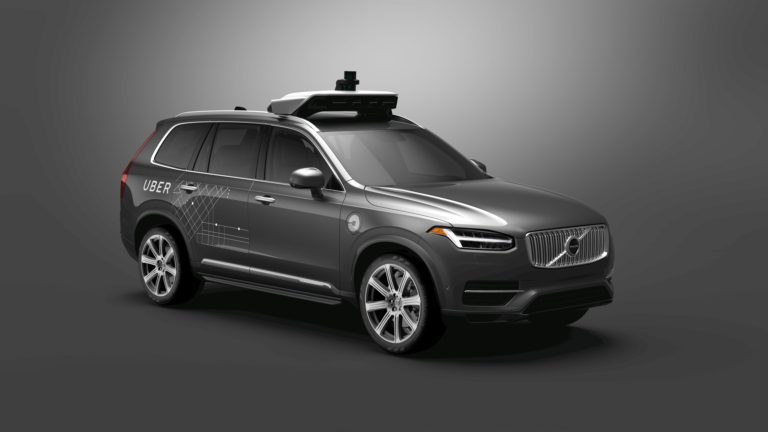 Uber Technologies Inc. disabled the standard collision-avoidance technology in the Volvo SUV that struck and killed a woman in Arizona last week, according to the auto-parts maker that supplied the vehicle’s radar and camera.
“We don’t want people to be confused or think it was a failure of the technology that we supply for Volvo, because that’s not the case,” Zach Peterson, a spokesman for Aptiv Plc, said by phone. The Volvo XC90’s standard advanced driver-assistance system “has nothing to do” with the Uber test vehicle’s autonomous driving system, he said.
Aptiv is speaking up for its technology to avoid being tainted by the fatality involving Uber, which may have been following standard practice by disabling other tech as it develops and tests its own autonomous driving system. Uber’s system failed to slow the vehicle as 49-year-old victim Elaine Herzberg crossed the street pushing a bicycle. Police in Tempe, Arizona, and the National Transportation Safety Board are investigating the incident.
Uber declined to comment. A Volvo spokesman said the company can’t speculate on the cause of the incident and is awaiting a full investigation report.
Intel Corp.’s Mobileye, which makes chips and sensors used in collision-avoidance systems and is a supplier to Aptiv, said Monday that it tested its own software after the crash by playing a video of the Uber incident on a television monitor. Mobileye said it was able to detect Herzberg one second before impact in its internal tests, despite the poor second-hand quality of the video relative to a direct connection to cameras equipped to the car.
‘Challenging Task’“The video released by the police seems to demonstrate that even the most basic building block of an autonomous vehicle system, the ability to detect and classify objects, is a challenging task,” Mobileye Chief Executive Officer Amnon Shashua wrote on Intel’s website. “It is this same technology that is required, before tackling even tougher challenges, as a foundational element of fully autonomous vehicles of the future.”
Aptiv’s radar and camera system using Mobileye chips and sensors helps power the Volvo XC90’s driver-assistance system, which provides collision avoidance, lane-keeping aid and other safety features.
In November, Uber agreed to buy 24,000 Volvo sport utility vehicles onto which it planned to install its own sensors and software to permit pilot-less driving.Article is car of www.insurancejournal.co.uk

This article can be found here.