By Tim Kelly22nd January 2021No Comments 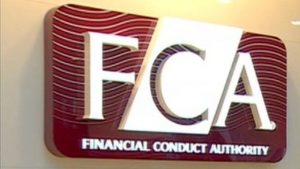 The UK Supreme Court has substantially allowed an appeal by the Financial Conduct Authority (FCA) on behalf of business interruption (BI) insurance policyholders.
The judgment, which follows a ‘leapfrog’ appeal of last year’s High Court decision, means that more policyholders who were ordered to close business premises during the first national lockdown in response to the Covid-19 pandemic will be able to make valid claims of their insurers. It also means that some pay-outs in respect of valid claims will be higher.

Insurance law expert Rebecca Carrera of Pinsent Masons, the law firm behind Out-Law, said: “The speed at which clarity has been achieved since June 2020, when the FCA commenced proceedings, through to the leapfrog appeal and Supreme Court judgment is likely to be welcomed by both policyholders and insurers alike”.

“The Supreme Court confirmed there will be cover under disease clauses and adopted a broad interpretation of prevention of access/hybrid clauses. The decision also brings clarity to how losses should be calculated, and particularly how ‘trends clauses’ should be interpreted so that they don’t cut down the cover provided when losses come to be assessed,” she said.

“While the judgment will allow insurers and policyholders to now focus on quantum and claims settlement, a number of issues such as aggregation of losses and the application of one or multiple sub-limits sat outside the remit of the test case and so will still need to be worked through in the normal way. Each policy will also still need to be considered on its own terms against the detailed judgment and the facts of each case.”

“The wider impact of this decision on loss of rent cover for landlords and tenants, delay in start-up insurance for construction projects and on reinsurers is yet to be seen. However, it is clear that the ripple effects of the judgment are likely to be significant,” she said.

BI insurance policies traditionally cover loss of revenue or profit experienced by a business following damage to property, and the cost of mitigating that disruption. Usually property damage, for example due to a storm or fire, acts as the trigger for the coverage. However, businesses can take out specific extensions to BI cover for non-physical damage, such as closure of premises or denial of access (‘prevention of access clauses’), or cover which is explicitly related to infectious or contagious diseases (‘disease clauses’).

The FCA began a test case on behalf of predominantly small and medium sized enterprise (SME) policyholders in June 2020, citing “genuine doubts over the appropriate interpretation of the wording” of some of these extensions in the context of the Covid-19 pandemic, and seeking to provide clarity for both policyholders and their insurers. It selected a representative sample of 21 types of policy issued by eight insurers as the basis of the test case.

In September, the High Court found that most of the disease clauses and certain prevention of access clauses in the sample provided cover, and that the pandemic and the government and public response caused the BI losses. The six affected insurers appealed those conclusions for 11 of the 12 policy types covered by the High Court’s ruling, but the Supreme Court dismissed those appeals, for different reasons from those of the High Court.

On the FCA’s appeal, the Supreme Court ruled that cover may be available for partial, as well as full, closure of premises, and for mandatory closure orders that were not legally binding, such as instructions given by the UK government before relevant statutory instruments were passed to give those instructions force of law. It also ruled that valid claims should not be reduced because the loss would have resulted in any event from the pandemic.

The Supreme Court’s judgment means that 14 of the 21 types of policy included in the sample may provide cover, along with a substantial number of similar policies in the wider market. It will be up to insurers to determine how much is payable under individual policies, based on the guidance in the judgment and further guidance to be published by the FCA, which is currently in draft form.

The FCA said that it would work with insurers to allow them to “rapidly conclude their claims processes” on valid claims, including by providing interim payments to affected policyholders where possible.

Sheldon Mills, FCA executive director for consumers and competition, said: “Our aim throughout this test case has been to get clarity for as wide a range of parties as possible, as quickly as possible, and today’s judgment decisively removes many of the roadblocks to claims by policyholders”.

“We will be working with insurers to ensure that they now move quickly to pay claims that the judgment says should be paid, making interim payments wherever possible. Insurers should also communicate directly and quickly with policyholders who have made claims affected by the judgment to explain next steps,” he said.

THIS ARTICLE IS CARE OF PINSENT MASON