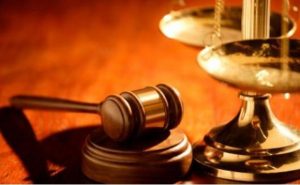 The Supreme Court has held that the requirement to show “serious harm” under section 1(1) of the Defamation Act 2013 not only raises the threshold of harm which must be proved but also requires its application to be determined by reference to actual facts regarding the impact of the statement and not just to the meaning of the words: Lachaux v Independent Print Limited & Anor [2019] UKSC 27.

The appeal was significant in the law of defamation as it was the first opportunity presented to the Supreme Court to consider the requirement introduced by section 1(1) of the 2013 Act that a statement “is not defamatory unless its publication has caused or is likely to cause serious harm to the reputation of the claimant”. This so-called “serious harm” requirement has been the subject of much interest and uncertainty and the Supreme Court judgment provides much-needed clarity over its proper construction.

There is now no doubt that an assessment of “serious harm” should take account of not only the meaning of the words complained of and their inherent tendency to damage the claimant’s reputation but also the actual circumstances of the claimant and the reaction of those to whom the statement was published.

By way of illustration, the court contemplated a scenario in which a grave allegation was published only to a small number of people, or to people who did not believe the allegation, or to people among whom the claimant had no reputation to be harmed. Under the common law, those circumstantial factors would only be relevant to an assessment of damages whereas, under section 1(1), they become part of the test of the defamatory character of the statement itself.

Alan Watts and Neil Blake, partners, and Christopher Cox and Angela Liu, associates, in our disputes team consider the decision further below.

The claimant brought libel proceedings against the defendant news publishers following the publication of articles containing, among other things, allegations of domestic abuse and child abduction made against him by his ex-wife.

On a trial of preliminary issues, the High Court (Warby J) held that the effect of section 1(1) of the 2013 Act was to establish a new and more stringent statutory test requiring a claimant to prove, on a balance of probabilities, that a statement has caused or will probably cause serious harm. In assessing “serious harm”, Warby J held that the court should have regard to all the relevant circumstances, including evidence of what actually happened following publication. This is in addition to considering the defamatory meaning of the words used, and the harmful tendency of that meaning.

The Court of Appeal (Davis LJ giving the lead judgment) unanimously upheld the High Court’s decision on the facts but disagreed with its interpretation of the “serious harm” test. Davis LJ held that the effect of section 1(1) was limited to raising the threshold of harm that must be met for a statement to be defamatory. Davis LJ also held that the phrase “is likely to cause” used in section 1(1) only denotes a “tendency” to cause, such that a claimant may rely on an inference of serious harm and is not necessarily required to prove serious harm on a balance of probabilities.

The defendants appealed to the Supreme Court on the proper interpretation of the “serious harm” requirement under section 1(1) of the 2013 Act.

Giving the unanimous judgment of the Supreme Court, Lord Sumption dismissed the appeal, albeit for reasons different from those of the Court of Appeal.

The court went on to find that the application of the new threshold required a consideration of the actual consequences resulting from the defamatory statement, in addition to its inherent tendency to cause some harm to reputation.

In the court’s reasoning, this was because the wording of section 1(1) – “has caused or is likely to cause” – points to a proposition of fact which can only be established by reference to the impact which the statement is shown actually to have had.

The Supreme Court also overturned the Court of Appeal’s finding that the words “is likely to cause” in section 1(1) were a synonym for the inherent tendency which gives rise to the presumption of damage at common law. The Supreme Court found instead that past and future harm should both be treated as capable of being established as a fact.

The court also found support for its decision on section 1(1) in the wording of section 1(2) of the 2013 Act. Section 1(2) explains that, in relation to bodies trading for profit, the “serious harm” requirement imposed an obligation to show “serious financial loss”. The court held that, reading these two provisions together, the draftsman must have intended for the question of harm to be determined by the consequences following publication.

In addition, the court affirmed the common law principles – all of which were unchanged by the 2013 Act – that:

Applying the “serious harm” threshold to the facts of Lachaux, the court nonetheless found that the words complained of were defamatory (for substantially the same reasons found by Warby J at first instance) and dismissed the appeal.