Telegraph investigation: Drivers overcharged for motor insurance as firms use secret deals to inflate repair costs by up to 100pc 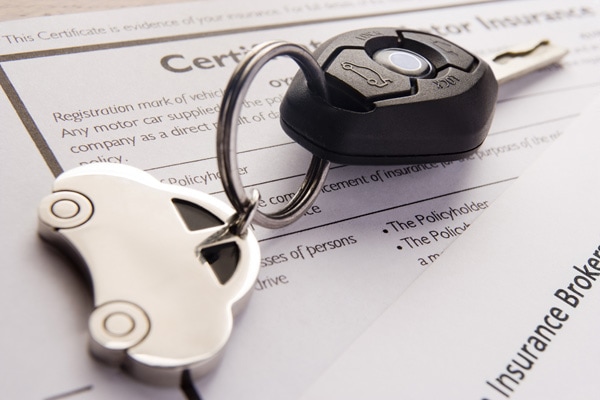 Across the industry the process is creating a hidden cost layer worth as much as £750m, equivalent to around 5 per cent of the UK’s 34 million drivers’ annual insurance premiums CREDIT: TELEGRAPH ​

30 JULY 2017 • 10:00PMEvery driver in Britain is being overcharged for motor cover because insurers are using secret deals to grossly inflate repair bills, a Telegraph investigation has established.
Insurers are routinely inflating repair costs by as much as 100 per cent, while receiving undisclosed kickbacks for the difference, it can be revealed.
The system is used by insurers representing drivers involved in accidents which were not their fault to rip off rival firms representing the “at fault drivers” for repair work.
Across the industry the process is creating a hidden cost layer potentially affecting all drivers, which could be worth as much as £750m, equivalent to around 5 per cent of the UK’s 34 million drivers’ annual insurance premiums.
Motor insurance premiums reached a record high this year, with the average price paid for comprehensive car cover now £462 a year. 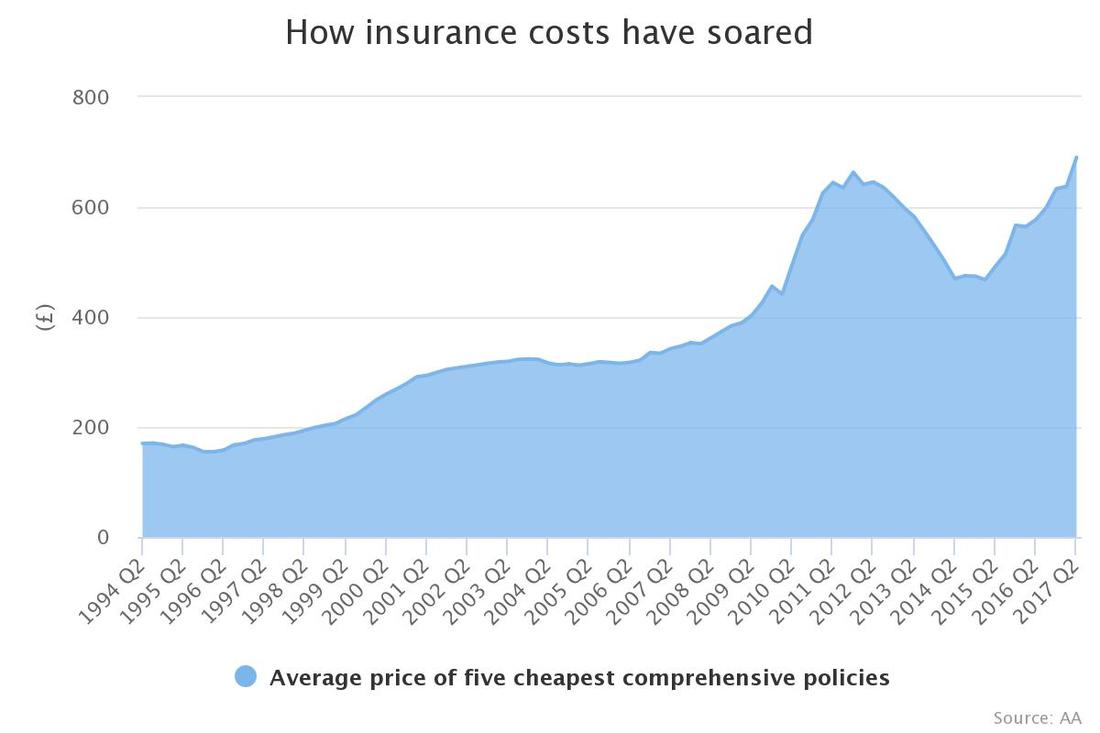 For years the industry has blamed rising insurance bills on whiplash claims, tax rises and reckless young drivers.
But responding to this newspaper’s findings, the Association of British Insurers which represents the UK’s biggest firms, has refused to deny that inflated repair bills and secret rebates could also be a factor behind soaring premiums.
The ABI said insurers use the system to help them control claims costs, and argued that firms were under no obligation to offer discounts to their rivals, but admitted it “could work better”.
Since the Competition and Markets Authority investigated similar practices across the industry in 2012, but decided to take no action on repair charges, it is understood that virtually every motor insurer in Britain has now adopted a cash back system for repairs. 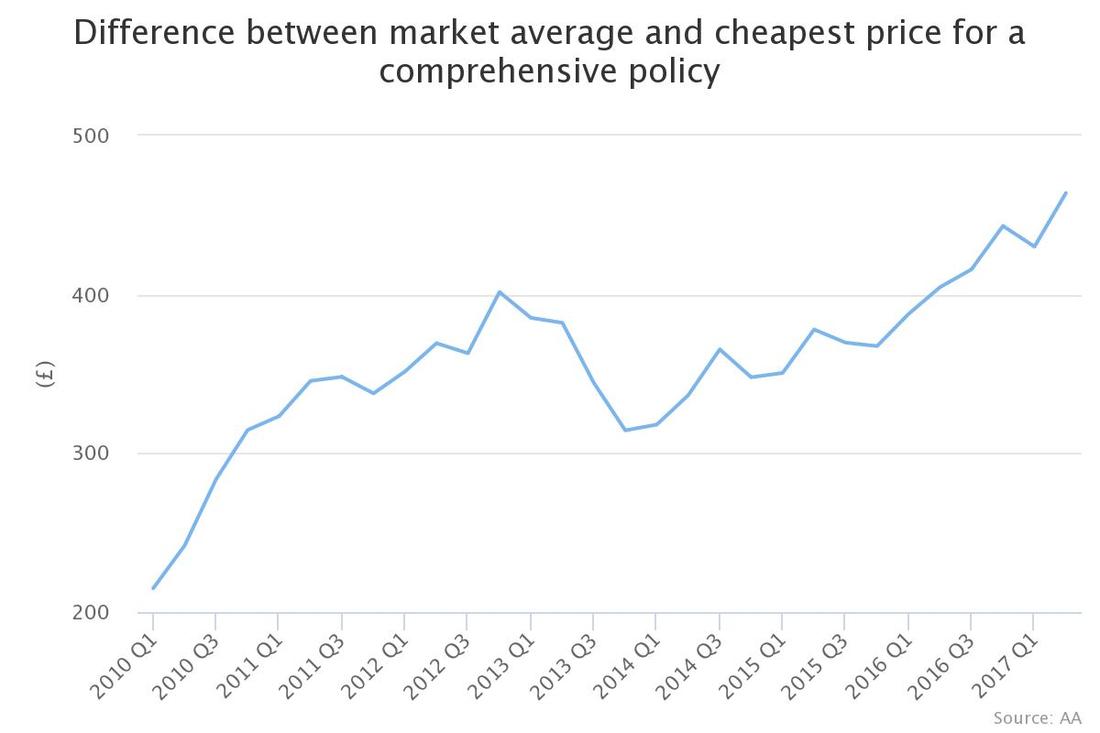 Consumer groups, MPs and repair firms called for an urgent inquiry into the “appalling” secret cashback system.
Kit Malthouse, a Conservative MP who has served on the  Treasury Select Committee, said: “This looks like exactly the kind of sharp practice the Prime Minister said she wants to stamp out.
I will press for this issue to be on the agenda for the Committee when it meets in September and I hope the CMA has a long hard look at whether its inaction has been in the consumer’s best interest.”
Wes Streeting, a Labour MP who has also served on the Committee, added: “This is an appalling practice and motorists are paying the price through rocketing insurance premiums. Insurance companies should need to be hauled over the coals for this.”
James Daley, director at Fairer Finance described the practice as “anti-competitive” and warned it would continue without official intervention.
“A lot of insurers know this is wrong but they can’t back out on their own,” he added.
Jason Moseley, director at the National Body Repairers Association, which represents repair firms, said: “Insurers claim they pay us a market rate for the work, but because they force repairers to pay large rebates these rates are distorted. This needs immediate investigation with the view for Government intervention to prevent the abuse of consumers and body repairers. “
Documents relating to three insurers reveal that motor insurers handling “not their fault” claims are routinely charging rival firms representing “at fault” drivers grossly inflated prices for repairs.
Under pre-agreed price arrangements repair firms working for “not at fault” insurers produce inflated “invoice only” labour rates, which are charged to the “at fault” party. Once this is paid repairers then pass the “not at fault” insurer a kickback for the difference between the rate on the invoice and the true cost of the work.
Papers dated to last year show AXA instructing a repairer to charge “not at fault” customers a labour rate 54 per cent higher than the rate paid by other customers.
For “prestige vehicles” including Audis, Mercedes and BMWs, “not at fault” customers were charged 100 per cent more than the standard rate.
Co-op Insurance documents, dated to 2017, show it instructing motor repair firms to charge “not at fault” customers a labour rate 63 per cent higher than is charged for standard jobs.
Ageas is also in receipt of a stream of regular kickbacks worth 20pc of invoiced labour rates, documents from 2016 show.
Meanwhile a whistleblower speaking to this newspaper has claimed that another of the UK’s biggest motor insurers started an initiative called “project max” in 2012, aiming to generate millions of pounds in extra profit through cashbacks. Speaking anonymously, a senior member of staff at another insurer described the system as “shameful”.
An ABI spokesman said: “It is common for a motor insurer to agree what are effectively bulk discounts with car repair companies. This practice is not new, is in line with other sectors who use economies of scale and helps control claims costs, which benefits customers.

“When an accident occurs and the non-fault insurer initially pays for repairs, they are under no obligation to pass on these discounts to their competitors when they seek reimbursement from the at-fault insurer. The system could work better and the industry welcomed the investigation by the Competition and Markets Authority in this area in 2014, but the CMA chose not to take action.”An AXA spokesman said: “This practice has long been challenged by AXA but we, and other insurers, were forced to adopt it after a series of high profile court cases ruled the practice was legal. Any rebates received on these claims go to reduce the overall claims pot that we use to calculate premiums, and therefore if we didn’t do this our customers would face higher premiums.”

A Co-op Insurance spokesman said: “Since this practice first started to become widespread, at the Co-op we have sought to influence the insurance industry not to adopt this model, and held off following other insurers for a number of years. As insurer with a smaller market share, we have had little choice but to reluctantly follow suit this year, to enable us to protect the interests of our members and customers.

“This has enabled us to continue to be as competitive as we can and keep our premiums as low as we can for our members and customers.”

Article is care of Katie Morley at the Telegraph, the original article can be found here http://www.telegraph.co.uk/news/2017/07/30/telegraph-investigation-drivers-overcharged-motor-insurance/

Proud to be a @schoolofthough4 #ambassador. Looking forwards to promoting the #motortrade #engineering #technology and #stem to our future generations.

Smart Vehicle underwriting looking at the effects of ADAS on Risk evaluation in Underwriting. #adas #swissre

Continuing on in the #Rulesofthegame in this months @bodyshopmag learn the @TheFCA and why they are important to you as a repairer.