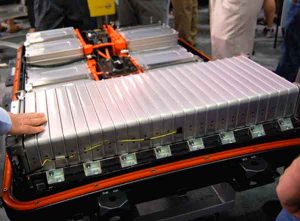 Tesla is concerned that there will soon be global shortages of minerals used to make batteries for electric cars, like nickel, copper, and lithium according to an article in electrek.co.

Because of the increasing demand for EV batteries within the auto industry, more demand is put on some specific minerals used in the production of lithium-ion battery cells.

At the beginning of May, at a Benchmark Minerals Intelligence conference in Washington, US, Tesla’s global supply manager for battery metals, Sarah Maryssael, said that the automaker is concerned about some of those minerals, according to sources at the event via Reuters:

‘Sarah Maryssael, Tesla’s global supply manager for battery metals, told a closed-door Washington conference of miners, regulators and lawmakers that the automaker sees a shortage of key EV minerals coming in the near future, according to the sources.’

Update: Reuters updated their story to that a Tesla spokesman said: the comments were industry-specific and referring to the long-term supply challenges that may occur with regards to these metals.

Many companies are worried about cobalt, which is not widely mined. Tesla uses less cobalt on average in its batteries than the rest of the industry.

Tesla is more concerned with nickel even though it’s more widely mined around the world:

“Maryssael added, according to the sources, that Tesla will continue to focus more on nickel, part of a plan by Chief Executive Elon Musk to use less cobalt in battery cathodes. Cobalt is primarily mined in the Democratic Republic of the Congo, and some extraction techniques – especially those using child labour – have made its use deeply unpopular across the battery industry, especially with Musk.’

The Tesla executive also said that the automaker sees “huge potential” to work with mines in Australia or the United States.

This just goes to show the growth within the EV market which, when these vehicles reach their end-of-life, will be seen more of in our yards. Preparation is key!