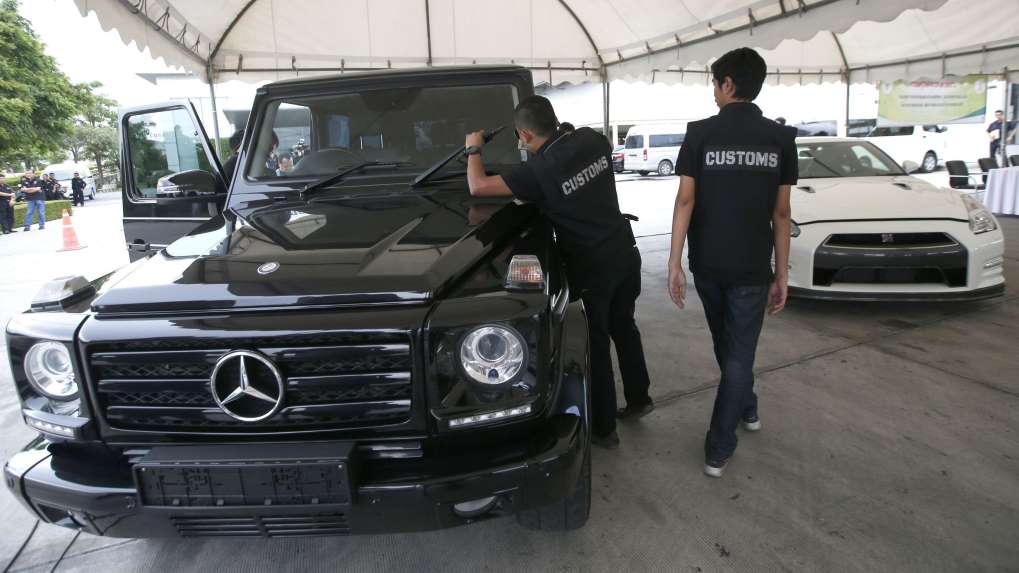 A request from the UK to find 42 stolen cars believed to have been taken to Thailand has led to the seizure of 122 vehicles imported by Thai dealership companies.

Out of those, 15 were found to have been stolen in the UK. Thai customs officials are investigating around 300 other vehicles suspected to have been illegally imported.

Officials displayed a Mercedes GLE 350 and a Nissan GTR at a news briefing, part of the batch sought by Britain. The customs bureau said the cars were seized when their Thai importer attempted to ship them out of Thailand to evade officials.

Kulit Sombatsiri, director-general of Thai customs, said the vehicles UK authorities are seeking were partially paid for in monthly instalments by UK buyers before being sold on the black market.

“The buyers only paid around 5% or 10% of the car’s cost and they would then sell it,” he said. “In the United Kingdom, they classify these cars as stolen.”

Police raids on May 18 and 22 resulted in the seizure of 122 cars that included luxury brands such as Lamborghini, Rolls-Royce, McClaren and Lotus.

article care of the press association.