Who is responsible when a #Driverlesscar #autonomous vehicle has an incident?

By Tim Kelly11th January 2021No Comments 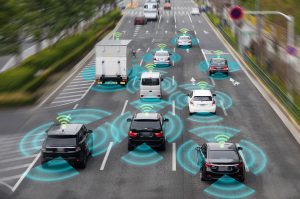 Now that truly autonomous vehicles (AVs) are starting to appear on roads, the insurance industry will be called on to perform its usual role as an enabler of innovation: Insurers will quantify the risks and likely cover much of it.

But how should insurers think about the liability for AVs? Will legislatures specify who is responsible for which problems? Will regulators? Will the courts? What principles will guide the decision makers? Where will liability fall?

Using history as a guide, it’s possible to make reasonable guesses at some of the answers.

An interesting analysis in Fortune argues that the courts will set the rules, applying long-standing principles to try to sort through the issues in the new environment.

The process will thus be messy, and some of the arguments made in court will initially be idiosyncratic. The article notes that, in the 1930s and 1940s, people who were hit by hired taxis sometimes sued the passengers rather than the driver or the driver’s employer. That approach never got traction in the courts and seems silly today, but you can be sure that some similarly odd-sounding theories will be tried in AV cases before being discarded.

The article argues that clear principles will gradually emerge. One is obvious: that the manufacturer will be responsible for a clear error, the software equivalent of having a tire fall off a car. But the two other standards were more subtle:

–A court will ask whether the AV performed better than a competent, average driver. That question may not apply just to the circumstances of the accident and the specific system or component that may have been involved in causing a collision but may also be a general question about the performance of the AV versus a human driver. The U.S. National Highway Traffic Safety Administration made that sort of general assessment of safety when it cleared Tesla’s Autopilot system of responsibility for a fatal crash in 2016. The temptation, of course, will be to compare an AV with a perfect driver — aren’t computers supposed to be free of error? Instead, the NHTSA is taking the position that anything that raises the average competence is a societal good. And a comparison to an average driver would be good news for the manufacturers of AVs and for those that insure them.

–The court will also ask whether an AV performed better than an AV did previously in a similar situation. A key promise of AVs is that they are always learning, and not just from an individual car’s experience but from what has happened to every car in the fleet. So, courts will hold manufacturers responsible for not making the same mistake twice.

The potential revenue for insurers from AVs is enormous. A recent report from Accenture and the Stevens Institute of Technology estimates that, even as AVs slash premium for personal auto coverage, product liability will be one of three new revenue streams that will generate $81 billion in premium between now and 2025. (The other two opportunities are in the new cyber risks that come along with AVs and in the potential liabilities associated with the infrastructure that will support AVs.)

The law will take shape slowly. It always does. There will be surprises along the way. There always are. But the size of the product liability opportunity, plus the beginnings of answers on legal principles, suggests that insurers should start working now to be prepared as the opportunity unfolds.

This article is care of https://www.insurancethoughtleadership.com/who-is-liable-when-a-driverless-car-crashes/