Anger with #MoJ over #whiplash reforms begins to boil over

By Tim Kelly1st July 2019No Comments 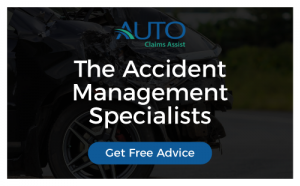 Both the claimant and defendant representatives have expressed frustration with the progress of the government’s whiplash reforms, and doubted it will be ready for April 2020 as planned.

There was widespread criticism of the approach of the Ministry of Justice (MoJ), which was accused of not listening.

Kirsty McKno, chair of the Credit Hire Organisation, said: “We are shouting very loudly at them, but how do you actually get them to listen?”

The comments came in a meeting organised by industry publication Insurance Times, at which Mark Allen, manager of fraud and financial crime at the Association of British Insurers, expressed frustration at the “complete and utter absence of communication coming out of the MoJ”.

This left insurers in limbo with time running out – the new litigant in person portal in due to be ready for testing in September or October, and Mark Chiappino, counter fraud claims and policy validation manager at Direct Line Group, said it would take “a lot of time and energy” for insurers to connect to the new portal.

Claimant solicitor Susan Brown, a director at MedCo who also sits on the government steering group for the portal, told the meeting that there was “no chance” of the final tech specifications of the portal being ready by then.

She also predicted that the testing would not be done by an insurer and law firm in action; rather the system would simply be shown to a group of users to “play with”.

The publication reported frustration that the new portal would be kept separate from the existing portal lawyers and insurers use for low-value claims, which potentially opened the way for “professional enablers” such as claims management companies and McKenzie Friends to move in.

The MoJ’s continued failure to decide on the way forward for credit hire and credit repair was also criticised.

Ms McKno said: “With credit hire and credit repair not even being at the point of consideration yet, it appears to be a lot more complicated than it needs to be.”

Earlier this month, the Motor Accident Solicitors Society criticised the MoJ for cutting corners in developing the new whiplash portal “in order to meet the politically driven deadline of April 2020” – and suggested it still could not be met.