By Tim Kelly4th March 2020No Comments 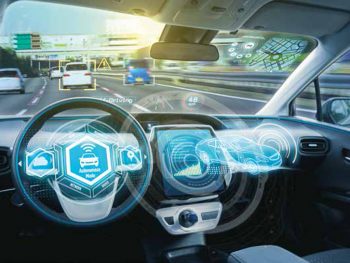 That’s according to a new white paper from DriveTech which says drivers must receive comprehensive instruction on the use and risks of ADAS systems, and training curriculums must evolve in step with their usage.

According to Colin Paterson, head of marketing at DriveTech, ADAS features could bring major benefits when it comes to fleet drivers.

He commented: “With some drivers’ shift patterns resulting in them spending up to 10 hours a day on the road, ADAS systems that reduce repetitive driving tasks and assist in recognising when drivers are distracted or drowsy are a welcome means of support. With the ever-increasing race of technical developments moving us towards the era of the autonomous vehicle in the future, the presence of ADAS systems in fleet driving is only set to increase. Ultimately, however, the driver is still in control at present.”

The publication of the paper is timely – it has been released a day after an investigation into the death of a driver using an Tesla Model X in Autopilot mode indicated that the driver was playing a video game at the time of the crash in March 2018; even though the Autopilot technology is only semi-autonomous and drivers are told by Tesla to keep their hands on the wheel at all times.

And it’s this point that the DriveTech white paper makes – that drivers need to know how to use such technologies correctly and to not have blind faith in their capabilities.

According to a 2018 survey by US insurance marketplace EverQuote, one in three drivers (33%) believe that semi-autonomous driving technology, such as automated park assist, self-driving autopilot, and lane-departure sensors, makes them safer drivers.

Yet, DriveTech notes that, as with every technological advancement, human behaviour is an essential factor. Over reliance on ADAS can create complacency and, somewhat counterintuitively, increase risk.

This is backed by figures published in December 2019 by the US-based AAA Foundation for Traffic Safety, which found that drivers were nearly twice as likely to engage in distracted driving while using ADAS systems compared to without them.

This is also a key message of the DriveTech white paper, with Dr Lisa Dorn, research director for DriverMetrics, a Cranfield University spin-out company, highlighting that the presence of a particular driver aid system can create a real false sense of security and infallibility – which is a very dangerous state when in control of a fast-moving vehicle.

“Our relationship with vehicles and how we drive for work is changing,” she summarised. “New technology in vehicles is being introduced with little understanding about its effect on driving at work. As automation increases, drivers will have less opportunity to develop their driving skills. Studies show that some elements of driving performance are negatively affected when using ADAS due to the way drivers adapt to the assistance offered.”

It’s a point that Thatcham has also made recently, with head of research Matthew Avery having said that there needs to be “clear blue water between assisted driving and automated driving – there’s a big difference between the two. And we’re calling for customer clarification where, if you’re driving a vehicle with a high level of assistance, we want to make sure the customer knows they are still responsible for keeping themselves and others around them safe.”

According to Dr Dorn, the challenges of drivers’ behavioural adaptation “represents an opportunity for driver training to step up and deliver new structure and content”. Training agencies that provide fleet driver instruction, such as DriveTech, need to understand the links between driver behaviour, implementation of ADAS systems and the importance of maintaining driving skills.

“Driver training needs to address the requirements of driving in today’s vehicles, so that drivers are prepared for full automation,” continued Dr Dorn. “How to avoid unwanted behavioural responses must be part of the fleet driver training curriculum if ADAS is to realise its potential to improve road safety.”

To read the DriveTech white paper in full, click here.