First MOT Test to Remain at 3 Years Amid Safety Concerns 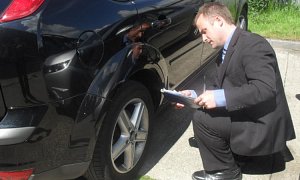 Although the planned change would have saved UK motorists around £100 million every year, a public survey found that fewer than half were in favour.
​With ever increasing build quality, modern cars have become safer and far more reliable in the last few decades. Taking that into account, it was thought the first MOT test would be bumped back to 4 years after the date of registration. But the Government has had a rethink.

It’s been 50 years since the MOT test was last changed, so the planned move was a controversial one. Whilst it would save the average car owner money, it could put road users at risk. But government figures revealed that in the last 10 years accidents involving three to four year old cars had dropped from 155 in 2006, to just 57 in 2015.

Back in 1960 when the test was introduced, you had to first MOT your car when it was 10 years old. That’s rather alarming by today’s standards, especially when you consider one of the best selling cars back then was the Austin 1100.

Many European countries operate the ‘four year’ rule, but with the UK having some of the safest roads in the world Ministers want to keep it that way.

Last year more than 2.4 million cars had their first MOT test, 85% of those passed. The most common failures were down to driver negligence, like not noticing blown bulbs, worn tyres or braking issues. So general wear and tear, not structural or mechanical defects.

Although the planned change would have saved UK motorists around £100 million every year, a public survey found that fewer than half were in favour.

Most car owners think a vehicle is almost a one-time purchase. A white good if you will. Buy it and that’s it, the only ongoing cost is fuel. They jump in, put the key in the ignition and off they go. Barely ever stopping to even inspect their tyres for wear, or checking to see if all their lights are working.

In this respect, it’s a great thing for the MOT to be set at three years from new.

Playing devil’s advocate, the four year rule also makes sense. How much corrosion or critical part failures are likely to cause a road accident in those first four years? Probably none in this day and age.

For the extended rule to work, car owners would have to be more vigilant. Checking their cars for wear and tear, which clearly they don’t currently do judging by the most common failures.

Equally, MOT’s often highlight potential issues. If suspension linkages are worn, bushes have deteriorated or tyres are nearing their legal limit, it flags this up to the owner. Hopefully, they’ll then get the vehicle booked in at some point before its next MOT. It’s a prompt to perform maintenance before it gets serious.

There are however an extra 293,000 cars that won’t need an MOT from May this year. That’s because the Government have changed the regulations, allowing cars over 40 years old to be MOT exempt.
In total, there will now be over half a million cars not needing an MOT on our roads. That may seem like a dangerous thing, but how many 40 year old cars do you see regularly in use? The majority are classics, treasured by their owners and used infrequently for short journeys.
Owners will still be able to take a voluntary MOT, but currently, only around 6% of classic vehicles have one.
So, cars older than 1977 don’t need one, but the three-year-old birthday MOT remains in place for the foreseeable future.
There’s a well-known saying ‘If it ain’t broke, don’t fix it’. Maybe the Government should take heed of this, instead of wasting public funds on unnecessary consultations.
Stay Safe & Legal Via Free MOT Reminders
​
Article is care of ​https://www.regit.cars/car-news/first-mot-test-to-remain-at-3-years-amid-safety-concerns_70288