By Tim Kelly30th November 2020No Comments 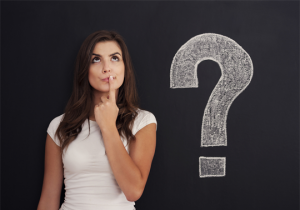 Some 40% of women working in automotive would choose a different industry if they could go back in time, research from Deloitte has found.

Interviewing over 110 women between June and September 2020, findings from the report entitled Women at the Wheel point towards inadequate promotional opportunities for women, alongside poor representation at senior level.

The findings also revealed that 50% of women would leave the automotive industry altogether due to lack of promotion, organisational cultural norms, poor work-life balance and an uncertain industry future.

The study was conducted in attempts to establish how individuals, organisations and the industry can drive greater gender diversity and inclusion through the retention and advancement of women working in the automotive industry.

Whilst 71% of women believe there has been positive change over the last 5 years, 90% feel they are under-represented in leadership positions.

Sarah Noble, director of automotive at Deloitte, commented: “Our research found that the majority of women have seen positive changes in attitudes towards female employees over the last five years. However, under-representation at a leadership level is still strongly felt. In a predominantly male industry with few female role models at the top, male allies remain critical to the success of gender diversity initiatives.”

Of the women surveyed, 57% do not see a career path to get to the level they want within the industry. Some 42% of women believe there is an industry bias towards men in the selection for leadership roles, which is attributable to discriminatory organisational cultures.

This article is care of https://www.motorfinanceonline.com/news/four-in-10-women-regret-choosing-careers-in-automotive-research-finds/

Who is responsible when a #Driverlesscar #autonomous vehicle has an incident?

#EV infrastructure ‘failing to keep pace’ with the increased popularity.