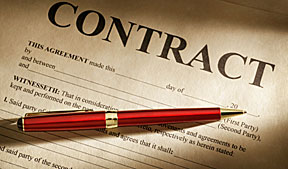 A landmark ruling has paved the way for insurers to recover costs from credit hire organisations (CHOs).

In May, the High Court quashed an appeal by Southport-based Select Car Rentals (North West Ltd) against paying (non-party) costs to esure in the case of Rachel Mee and Others v esure Insurance.

The CHO has been ordered to pay costs in excess of £20,000 to the insurance company following a case concerning four “very suspicious” claims made after an alleged road traffic collision on April 27, 2013.

Claimant Rachel Mee hired a vehicle from Select after the incident, which she kept for 388 days at a total cost of £23,456.85. However, when esure investigated the case, it emerged Mee had bought a replacement vehicle nine weeks after the incident, so had no need to continue the hire.

All four claims were dismissed in a three-day trial in October 2015 because the claimants failed to prove they were involved in the alleged incident. Recorder Grundy did not find the claims fraudulent but did say they were “very suspicious”.

esure was unable to recover costs from the claimants, so it applied for a (non-party) costs order against Select in March, 2016. At a hearing on December 08, 2016, Recorder Garside QC ordered Select to pay 60% of the costs to esure, working out at a minimum of £20,000. The CHO appealed against the order, arguing the case wrongly broadened the circumstances in which costs may be made against a non-party.

The insurer’s successful costs order relied upon the relevant exception to Qualified One Way Costs Shifting (QOCS) which applies to proceedings that “include a claim which is made for the financial benefit of a person other than the claimant”.  The QOCS Practice Direction states examples of such claims “are subrogated claims and claims for credit hire”.

Select’s appeal was dismissed by Mr Justice Turner in the High Court on May 24. He rejected the argument that non-party costs should only be made in exceptional circumstances. Mr Justice Turner said: “The fact that any given credit hire organisation’s connection with a claim is no greater than is commonly the case does not, without more, provide it with an automatic immunity from a non-party costs order. There is no room for the argument that it is a prerequisite to the making of such an order that such involvement be exceptional.”

Ronan McCann, partner at Horwich Farrelly who represented esure, commented: “This decision, which follows a successful trial in a case originally dealt with by our Counter Fraud team, will impact upon all credit hire claims. It is one of the most significant decisions on credit hire and QOCS to date, and paves the way for defendants to obtain costs orders against credit hire organisations.”

Graham Hughes, Chief Claims Officer at esure, added: “This is an excellent result for esure and the industry. This ruling indicates CHOs won’t be able to hide behind QOCS and that they will have to give serious consideration to well-judged offers by defendants.”

Article is care of www.insurancebusiness.com