Tesla hopes to sell own insurance ‘in about a month’ 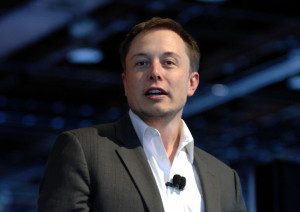 Asked on an earnings call if the company considered an insurance program to simplify ownership and account for Tesla’s advanced driver assistance system suite Autopilot, Musk said yes. (Special thanks to Seeking Alpha, whose transcript of the call helped us find and check quotes.)

“Yes, we are creating a Tesla insurance product, and we hope to launch that in about a month,” Musk said. He said it would be “much more compelling than anything else out there.”

In response to another question about when Tesla would provide more data on the safety of Autopilot to regulators and insurers, Musk said going deeper than absolute numbers would allow Tesla opponents to spin the data negatively.

However, he said Tesla already gave some details to insurers to “help with rates.” When Tesla’s own insurance launches next month, “we will certainly incorporate that information into the insurance rates,” Musk said.

He described the Tesla fleet’s telematics as an “information arbitrage opportunity” to know how risky a customer was. Buying Tesla insurance meant a commitment not to drive in a “crazy way.”

“They can, but then the insurance rate’s higher,” Musk said.

Tesla did not respond to an inquiry about what data it shared with insurers or if it would refer owners to Tesla-certified shops and require all new OEM parts.

Tesla’s operating standards for its certified shops do not discuss whether 100 percent new OEM parts are required today.