‘Britain opened its first “smart motorway” in 2006 and they are gradually being rolled out across England. Sputnik spoke to Edmund King, the President of the Automobile Association (AA), about the dangers posed by smart motorways.

The UK government is planning to double the smart motorway network from 416 to 786 miles and says it is helping to cut traffic congestion, which costs the economy an estimated £2 billion a year.

But one woman is suing Highways England, a government agency, after her husband and another man were killed in an accident on the M1 motorway in June this year.

Three other people have been killed on the same 16-mile stretch of smart motorway, between Nottingham and Sheffield, and experts are calling on the government to rethink the policy. 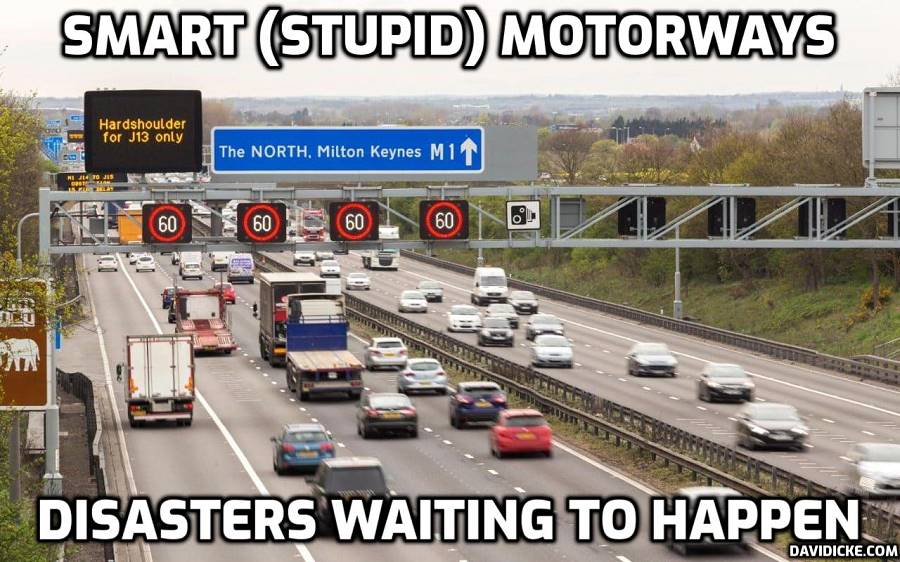 But what is a smart motorway?

On traditional UK motorways there are three lanes of traffic and the innermost lane, known as the hard shoulder, is one long layby parallel to the road on which vehicles can stop if they break down or have a flat tyre.

The Department of Transport has dug up hundreds of miles of traditional motorway, buried sensors under the road and relaid them, removing the hard shoulder and replacing it with occasional laybys.

The idea is that if a car or a truck breaks down in a lane or there is an accident the overhead gantries will show a red X and motorists will know not to drive in that lane, thus avoiding a pile-up.

But Edmund King, President of the AA, said: “The first smart motorway was the M42 in the West Midlands where the laybys were between 400 and 600 metres apart and the gantries about the same distance. You could literally see the next layby and even if you had a flat tyre or smoke was coming out of your engine you could make it to the next layby. But then the Department of Transport and Highways England changed the design and laybys are now every one and a half mile instead of 600 metres. They have totally changed the goalposts.”

Highways England say smart motorways are no less safe than traditional motorways but Mr King says he fears this is because they were using data from the M25 – the orbital road around London, which is always congested.

This article is care of https://www.davidicke.com/article/553264/uks-smart-motorways-dangerous-government-moved-goalposts-aa-president