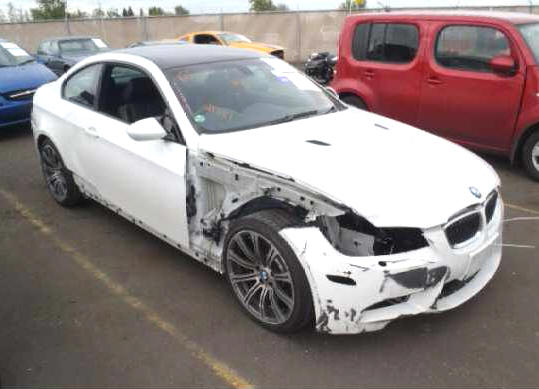 ​It seems that there are some questions surrounding the purchasing of vehicles by other European countries, in particular cat B vehicles. One of our readers asked us the following:
“As with most dismantlers in the UK, they purchase from national auctions and have seen an increase in the number of vehicles being purchased by a number of European countries, some of these cat B’s. What are these vehicles being purchased for; Salvaged for parts or repaired and being put back on the road (even though they are RHD)? Are they all being exported?There is some suspicion that some cat B aren’t leaving the country at all, but evidence is required that they have left the country. In the UK when purchasing some cat B’s they don’t even have a hazardous waste note supplied, so how they are tracking the paper trail for exported cat B’s. This demand from Europe is being driven by the weak pound and the low price of used vehicles in the UK, but it’s ultimately driving up the price which affects profits.”

We asked Chas Ambrose, MVDA Association Secretary their opinion on this matter, “These are all long-term concerns of MVDA. The real situation is not clear. There are legal requirements concerning most of the points raised but enforcement is poor. However, the EA is putting pressure on insurers & salvage auction companies to comply. Export of cat B vehicles is not illegal, nor is their repair, although it is contrary to the insurers Salvage Code of Practice.”

Vladimir Bottach, UK and European Director for F-AVTO shared his thoughts, “In my opinion, most cat B’s are bought to be dismantled. However, I’ve heard of some vehicles bought at the auction which were cat B’s and supposedly were repaired and put back on the road. I do not have any evidence of it but I have heard the rumours about such activity happening in Lithuania and Poland. I know also that some of the salvage cars (C’s and D’s) are taken to be repaired and driven on the roads of Lithuania, Latvia, Germany, Bulgaria, Romania, etc. In some cases, the steering wheel is left on the right side but mostly it is changed to the left. Such procedure is costly and can cost in the region of £500 and up to £3,000 per change so only done on newer and more expensive cars such as BMW 3,5,7,X – series, Mercs, VW. For example, to change a wheel on Skoda Superb (2017 year make) will cost £1,500. Hence why most old cars (cat D’s and C’s) are taken to these countries to be broken for parts.

Our company is the biggest importer of used car parts in Belarus. All cat B’s (and salvage cars and vans) we buy are broken for parts in the UK with all the relevant paperwork produced (such as CODs). We deal with the biggest vehicle salvage operators in the UK and have never had an intention to repair as our business model is to sell used car parts and not cars. I know that our company is not the only one which buys cars in the UK and breaks them for parts here. There are many others. So, my answer is not all of the cars bought at the auctions by international buyers are exported.”

“I think the paper trail is down to the auction house to impose conditions so the traceability can be achieved. For example, we dismantle all our cars in the UK and all relevant paperwork is produced (COD – Certificate of Destruction is issued on each car we dismantle and Export Declarations are issued on each load of used parts we export from the UK to be left with our suppliers). I cannot speak for other companies who buy complete cars and export them to Lithuania, Poland, etc. so do not know if any hazardous waste notes are supplied when cat B’s are exported or a correct export documentation is filled in that regard or cars are left here in the UK to be put back on the road with new paperwork created.”

“I understand that the weak pound has driven the prices up, but this also is the case of the recovering economy in Russia. The Russian market was one of the biggest buyers of used cars parts before sanctions from the EU and US came into place in late 2014. Since then there was an economic downturn which drove the demand for parts down hence why prices in the UK were lower in 2015 and early 2016. Since the Brexit vote was decided the pound depreciated quite rapidly and the Russian economy started picking up at the same time. This is why prices for salvage cars at the UK auctions started to increase again. Car dealers from countries such as Poland, Lithuania and Latvia sell the parts dismantled from the cars bought in the UK not only domestically but most are exported again to Russia, Belarus and Kazakhstan. Furthermore, prices in the UK also depend on the supply. If we have a mild winter in the UK with fewer road accidents as a result then inevitably a number of cars which insurance companies will scrap is going to diminish. This will bring prices up as well. Hence why I would not look only at one determinant of price increase in the UK such as exporters from the EU paying more because of the weak pound. It’s been a year since the Brexit vote, so the market has adjusted now to a weak pound and generally, prices in the UK have grown now because of higher inflation as well. Moreover, cars in the UK have lower prices historically because they are RHD and have no resale value in the EU unless the steering wheel side is changed (as mentioned earlier).”

Will the changes to the insurers’ new code of practice have any significant impact to these issues? We shall see…

Article is care of http://www.atfprofessional.co.uk

The orginal article can be found here