Ogden rate means higher #car #insurance premiums – but by how much? 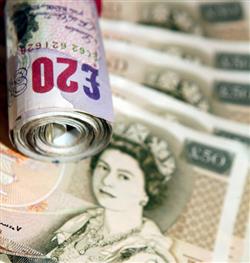 We know the adjusted Ogden rate is affecting the prices of car insurance policies, but just how much of an impact are we to expect? If new insurance research by Consumer Intelligence is anything to go by, then policyholders are looking at average premiums of £666.Consumer Intelligence said average car insurance bills have risen by 15.7% amid new rules related to personal injury claims and compensation. While the change in the discount rate is said to be driving the increase, additional pressure from the Insurance Premium Tax (IPT) hike is also likely.

Meanwhile, the research group estimated a 34.6% rise in average motor insurance premiums since October 2013. It said the 21-24 age group has seen slightly lower annual premium increases at 13.1% but with average prices at £1,202. Those over the age of 50 are seeing the biggest jump at 17.9% and pay premiums of £418 on average.

John Blevins, pricing expert at Consumer Intelligence, said increases had been levelling off at the end of 2016 but are now rising rapidly as the full impact of the discount rate cut comes into effect.

“Government plans to review the Ogden rate have so far taken a backseat following the Election, although there is some relief from plans to push ahead with whiplash reforms announced in the Queen’s Speech,” he commented.

Article is care of www.insurancebusinessmag.com the original article and interesting insight in to the insurance industry can be found here!