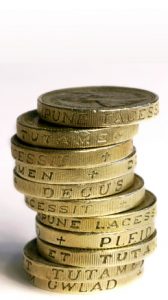 Young people in the UK are feeling the crunch of rising car insurance costs.

Drivers aged 17 to 24 pay an average of £1,176.80 per year for auto insurance – a whopping 149% higher than the £471 the Association of British Insurers (ABI) found was the average a British motorist paid for their annual insurance.

Now, honcho has surveyed 750 young motorists in the UK to study the impact that this “young driver disadvantage” has had on their lives.

The data revealed that car insurance premiums are by far the most prohibitive factor that prevent young people from having the freedom to drive (55%). In fact, car insurance is an even bigger prohibitive cost than actually acquiring a vehicle in the first place, which was a problem for just 25%.

A third of respondents said not being able to afford to drive has limited the number of jobs for which they have been able to apply. And 37% have been tempted to increase the voluntary excess on their policy, to make their premiums affordable.

The study also showed that not being able to afford to drive limits young people’s friendships, social networks and, as a result, their confidence in social situations, with a quarter of respondents saying that not being able to drive affects their social lives by limiting the number of social activities and occasions in which they can participate.

“This report clearly identifies what the real life ‘young driver disadvantage’ actually looks like – including its far-reaching effects that have an impact on everything from people’s social lives and self-esteem, to education and job opportunities,” said Gavin Sewell, chief executive officer at honcho. “Crucially, we’ve also identified a number of ways in which the insurance industry is not necessarily helping its youngest drivers, as well as some shocking gaps in young drivers’ knowledge about how to ascertain the best deals.

“We hope both young drivers themselves and stakeholders from across the insurance industry find the results as insightful as we did.”

This article is care of https://www.insurancebusinessmag.com/