Green Parts: What hurdles are there to jump? and article by Tim Kelly @motorclaimguru www.motorclaimguru.co.uk published by ATF magazine 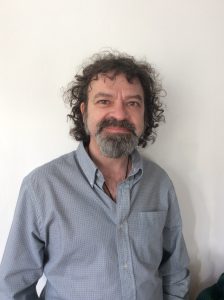 The use of Green Parts (second hand parts) has been creating a lot of interest of late and there has been several features covering this topic in ATF Professional recently. On various media platforms this has raised many comments arguing for and against their use. One of those who have raised caution to the use of Green Parts is Tim Kelly at Motor Claim Guru. We invited him to provide his thoughts as to what he sees as the major obstacles that need to be addressed by insurance companies before Green Parts become an option for their customers.

Tim Kelly has been involved in the engineering aspect of repairing vehicles for over thirty years. An expert in insurance law and Financial Conduct Authority Regulations, he is well placed to highlight issues that affect the uptake in use of second hand parts.

When looking at the use of second hand parts many people miss the importance of the context in which they are being used. The area that I am going to highlight, and cover is in the use of these parts as part of an insurance claim. To do this, you need to understand what ‘insurance’ is, what a ‘contract’ is and what ‘indemnity’ means. You also need to have an overview of how insurance is regulated, what statutory laws apply, what regulations every financial institution must abide by (not just insurers).

The contract of insurance

Whether this be in home, pet or motor insurance, the contract of insurance is one that is there to provide ‘financial restitution’ for your loss. To do this, the insurance ‘promises’ by way of the contract to provide ‘indemnity’ for the financial loss experienced.

Indemnity is a contractual obligation to compensate the insured for the ‘financial” loss they have sustained.

This has nothing to do with repairing cars as insurers would have you believe, when an insurer acts as the ‘agent’ of repair, it ‘may’ be acting in conflict to their own client’s interest. ICOBS 8.3.3

Insurers must comply with the Financial Services and Markets Act 2000, this was administered by parliament under the instructions of the treasury. Under this act we need a regulator – ‘the Financial Conduct Authority’, an arbitrator’ – the Financial Ombudsman Service’ and regulations that all financial institutions must abide (these are numerous).

Prior to the sale of a contract of insurance contract, it must fulfil the customer’s ‘demands and needs’, if it does not, it has been ‘mis-sold’ (think of PPI claims as an example).

Insurers must act with the best interest of the consumer at heart. See the FCA Handbook ICOBS 2.5

Insurers ‘may’ put in their contracts wordings like: ‘We may use second-hand parts in the repair of your vehicle’ or ‘Should you choose to use your own repairer an increased excess applies’. Most people may think that just because wordings are in a contract, they are enforceable. This is not the case, there is a statute (law) which is called ‘Unfair terms and condition in consumer contract regulations 1999’ now covered under the 2015 consumer rights act. It is also covered under the FCA regulations of UNFCOG.

What it states in brief is: ‘Where a contract is in a pre-drafted form, and where the consumer has not had the opportunity to negotiate the terms and conditions of that contract, where these terms could lead to financial detriment to the consumer, these terms should be revoked whilst the rest of the contract stays in place.’

Imagine, rather than having an insurer act as an agent of repair, it was paying a financial settlement, if it used second hand parts to evidence its costing, it would be breaching the contract in providing ‘financial indemnity’. The law of insurance and indemnity is well documented, it dates back to the 1906 marine act and is now covered by the 2015 insurance act.

Just because something is in a contract, does not mean it is enforceable.

How could parts be used?

If a consumer was ‘advised’ at the point of sale, prior to the contract occurring and consent was provided, then it would be a ‘legal’ contract. However, I would suggest the insurer should be incentivising this policy by offering a reduced premium.

There are other areas of law and regulations that could also affect the uptake of second hand parts in insurance claims, if readers are interested and wish to know more, contact ATF Professional and I may well write a follow up article.

You can join our LinkedIn group here.

This article is care of https://atfpro.co.uk/green-parts-what-hurdles-are-there-to-jump/ please visit their website and read the two other articles on this topic.

Motor premiums rise 2.8% in Q1 of 2020, wonder if they will drop next Year and the savings passed on?

The @ABI_Comms (Association of British Insurers) is reassuring people that its motor insurance members are offering enhanced help and support to all their customers who may be affected by the impact of Coronavirus (Covid-19).